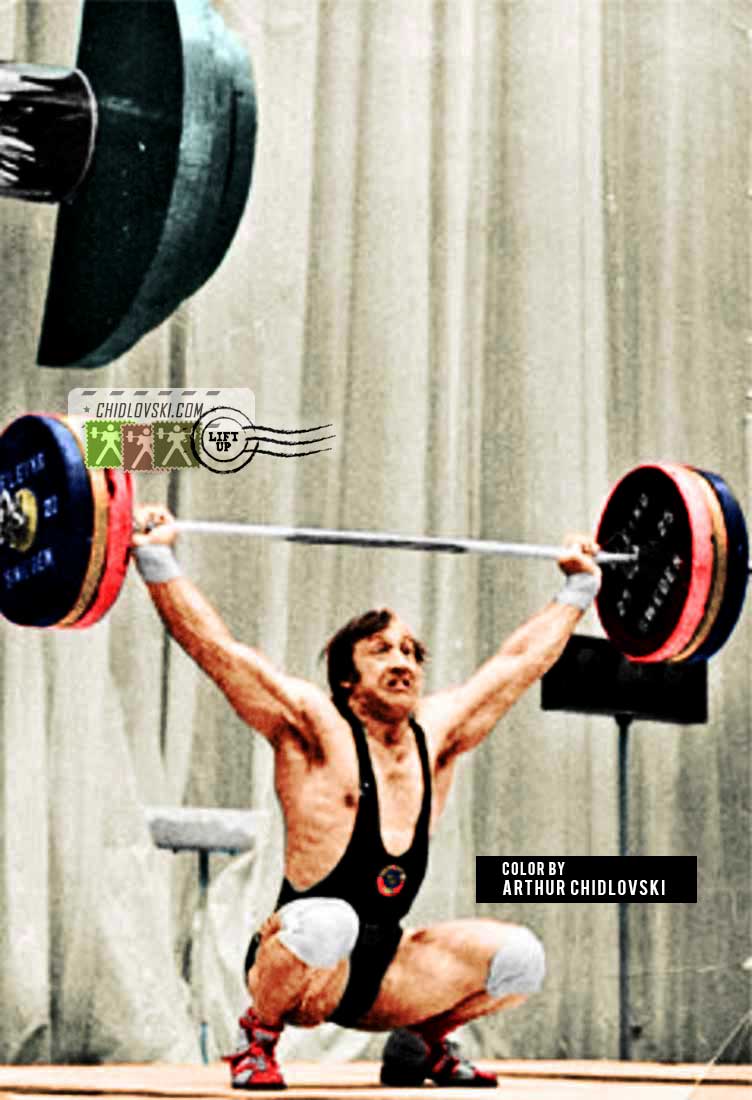 History in Color:
April 23, 1978, Kiev, Ukraine – Olympic champion Valery Shary of Minsk, Belarus competes in the snatch program in the 82.5kg class at the 1978 USSR Championships in Kiev.

By the end of the competition, Valery Shary won a gold medal with a 362.5kg (162.5+200) total. It was the last tournament where Shary competed in the light heavyweight. In December 1978, he won the USSR Cup in the 90kg weight class and began to prepare for the upcoming 1980 Summer Olympics as a middle heavyweight.

Valery Shary (born in 1947) was a 2x Olympian of Team USSR. He competed in the light heavyweight class at the Summer Olympics in Munich (1972) and in Montreal (1976) and became an Olympic champion in 1976.