My Type of Legend 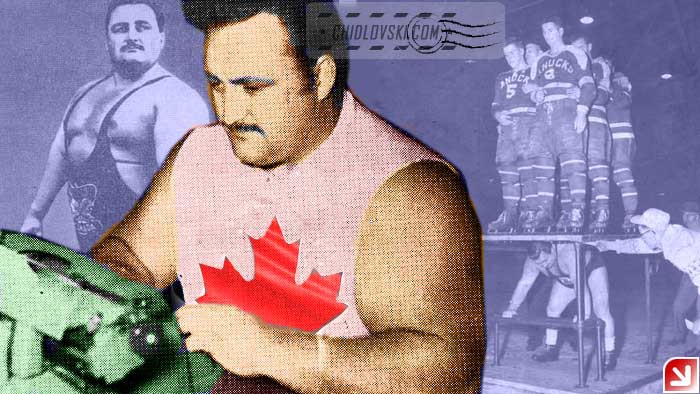 As a sports historian, I have a special passion for two sports – Olympic weightlifting and hockey.

In this regard, the collage cover for this article covers it all, Doug Hepburn is my type of legend.

Inducted into Canadian Olympic Hall of Fame, Hepburn (1926-2000) was the strength king of the world in the early 1950s.  He won weightlifting gold medals at the 1953 IWF World Championships and the 1954 British Empire Games in the heavyweight class. He was also the first man to raw bench press 400, 450, and 500 pounds.

He had shown many feats of strength including lifting up the whole line of hockey players. Who else would you expect to lift from a British Columbia, Canada native but the Vancouver Canucks hockey team!

After retirement from weightlifting, he pursued a  literary career and wrote essays and poems. Of course, there were no PCs, internet or social networks at the time, otherwise I won’t be surprised if Hepburn had a significant contribution in online social networks and publication.

With all these said, Hepburn’s middle name was Ivan.

No doubts, Douglas Ivan Hepburn is my type of weightlifting legends!