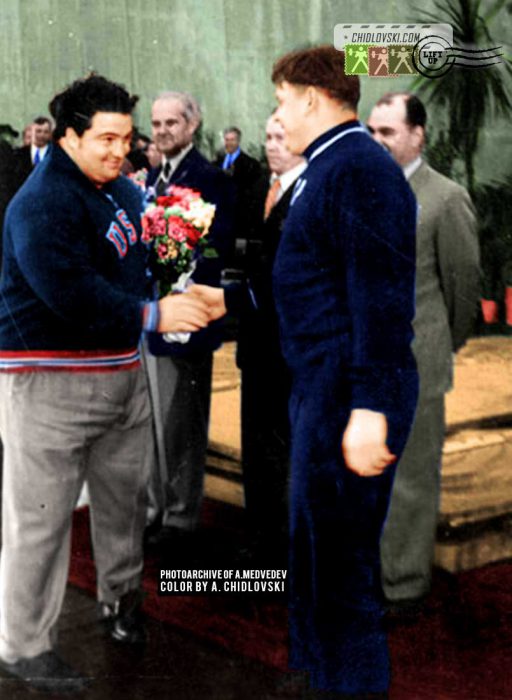 History in Color
June 16, 1955, Moscow, Russia – Heavyweights Paul Anderson of the United States and Alexey Medvedev of the Soviet Union exchange a friendly handshake before the first USA vs. USSR Olympic weightlifting match in the Green Theater in Moscow.

In the first heavyweight micro match, Anderson outlifted Medvedev by 65kg in the 90+kg class: