Imre Foldi (Hungary): Going For the World Record in Szombathely 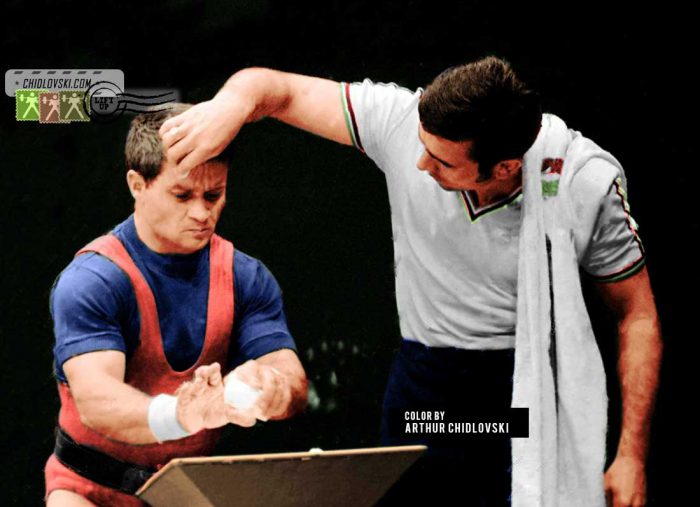 History in Color:
June 21, 1970, Szombathely, Hungary – One of all-time best Olympic weightlifters, legendary Imre Foldi of Team Hungary is preparing to press a new world record (127.5kg) in the 56kg weight class at the 1970 European Championships in Szombathely.

He did press 127.5kg and bypassed his own world record by 2.5kg but it never became an official record. At the post world records weigh-in procedure, his bodyweight was slightly above the top bantamweight border line.