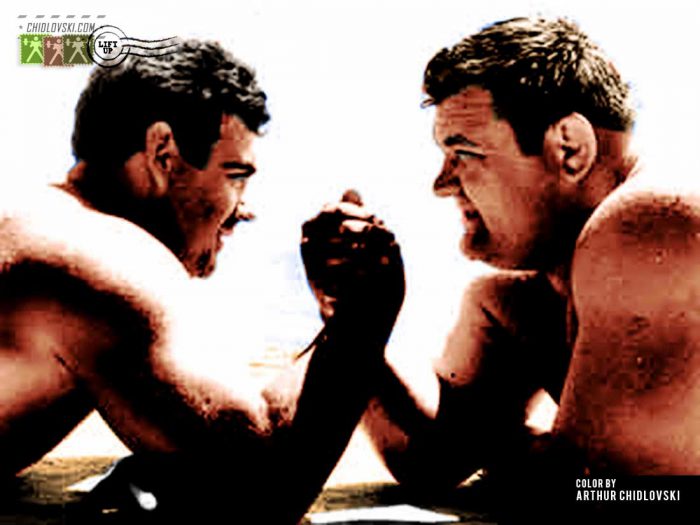 History in Color:
2x Olympic champions,  super heavyweight legends of Olympic weightlifting, Vasily Alexeev (left) of Shakhty, Russia, USSR and Leonid Zhabotinsky of Zaporozhye, Ukraine, USSR are having an armwrestling match on the beach in the summer.