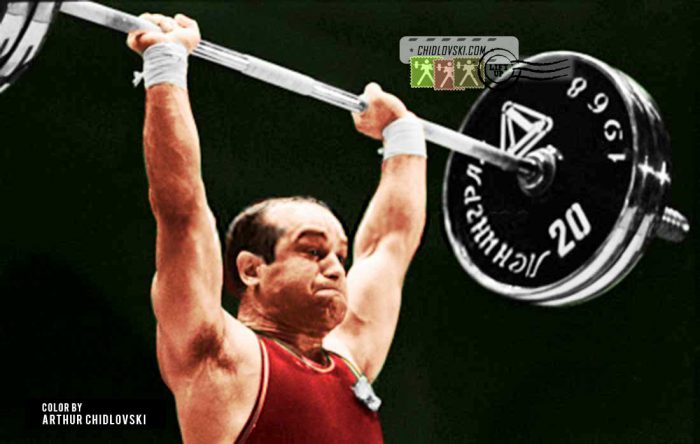 History in Color:
June 20, 1968, Leningrad, USSR – 34-year old lightweight Balas Fitzi of Cluj, Romania performs a press lift in the 67.5kg weight class at the 1968 European Championships at the Winter Stadium in Leningrad

Fitzi mostly competed in the bantam and featherweight classes. On the international level, besides competing at the Summer Olympics, he became a European vice champion in the 60kg class at the 1964 European Championships and won a silver medal at the 1963 Prize of Moscow international tournaments.