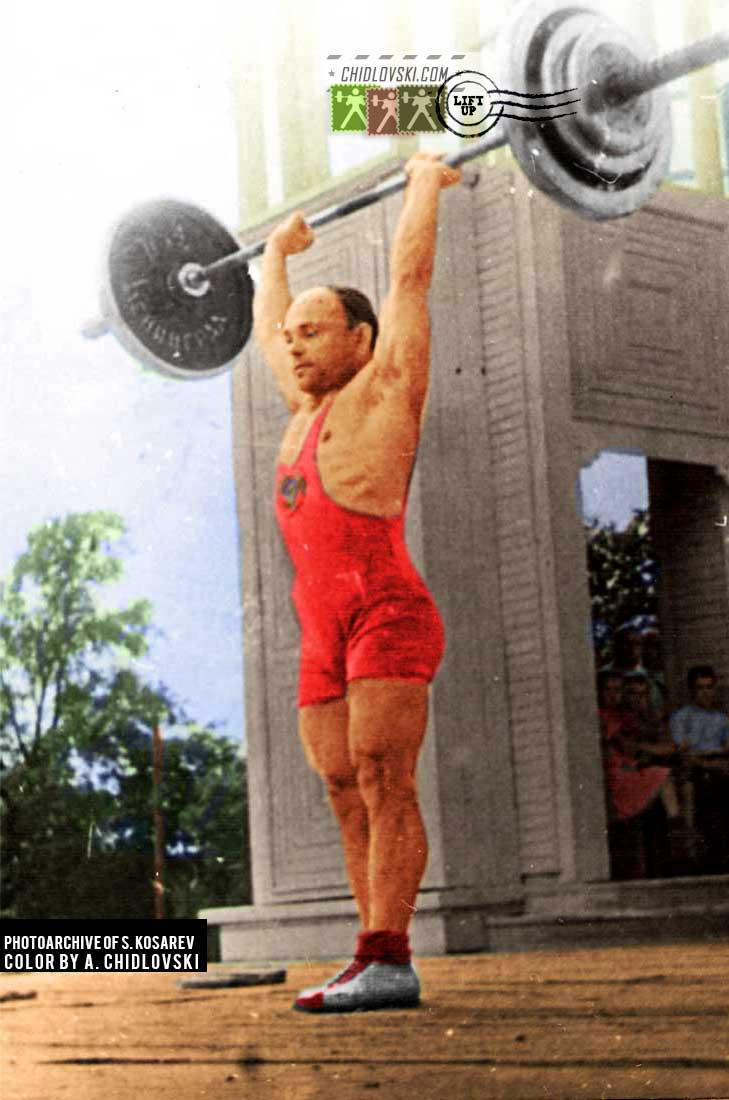 Nobody could beat Kosarev when he competed. He never lost the title at the USSR nationals.

The original black and white photo was donated to the Lift Up by Sergey Kosarev, the son of legendary Mitrofan Kosarev. Sergey is a Master of Sports in Olympic Weightlifting. For many years, he was the head coach of the MAI team and now he is the President of the Powerlifting Federation of Russia.