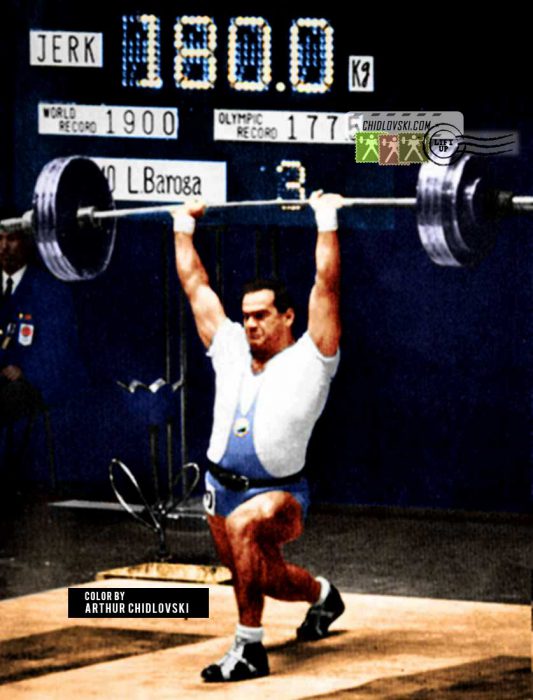 Lazar Baroga (1937-2000) was one of the top contenders in the middle heavyweight class in the 1960s. Baroga was a 2x Olympian and competed for his country at two Summer Olympica – in Rome in 1960 and in Tokyo in 1964. In Tokyo (shown on the cover History in Color photo) Baroga finished on the 5th place and clean-and-jerked the second highest weight (180kg).