Yury Vlasov (USSR, Russia): After His Big Win in Rome 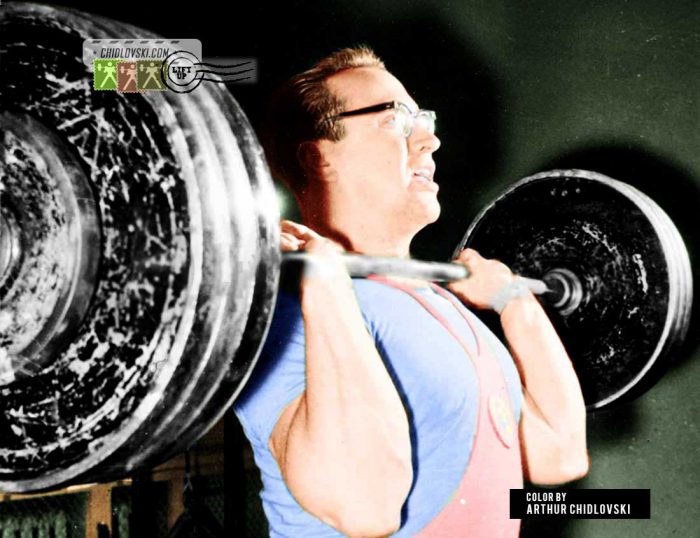 History in Color:
On September 10, 1960, legendary heavyweight Yury Vlasov of Team USSR became an Olympic champion in the 90+kg class in Rome, Italy.

The black-and-white original for this History in Color photo was dated as November 4, 1960.

In less than 2 months after his Olympic success in Rome, Yury Vlasov is “back in the saddle again” preparing for the new challenges and records.