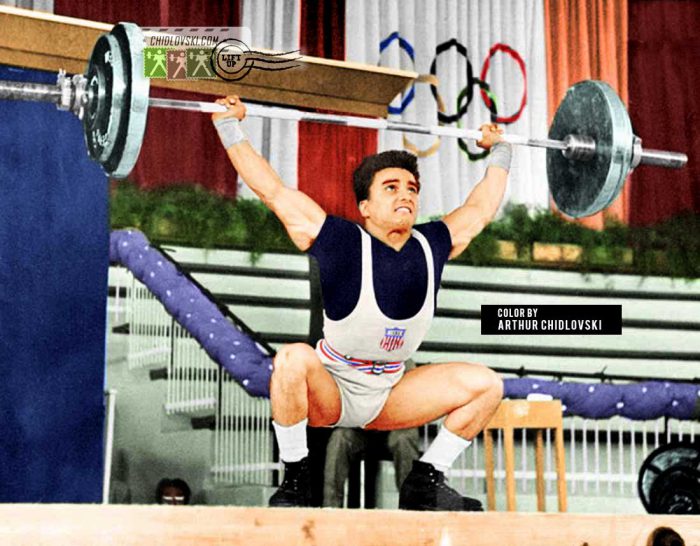 September 7, 1960, Rome, Italy – Bantamweight Charles Vinci of Team USA performs a snatch lift on his way to the Olympic Gold in the 56kg weight class at the 1960 Summer Olympics in Rome.

That was the 2nd Olympic gold for Chuck Vinci. He won his 1st gold Olympic medal in Melbourne in 1956.

As of now, it was also the last gold medal won by the U.S. weightlifters in the men’s competitions at the Summer Olympics.

Charles Vinci (1933-2018), of Cleveland, Ohio, USA, was one of the greatest bantamweight athletes ever.