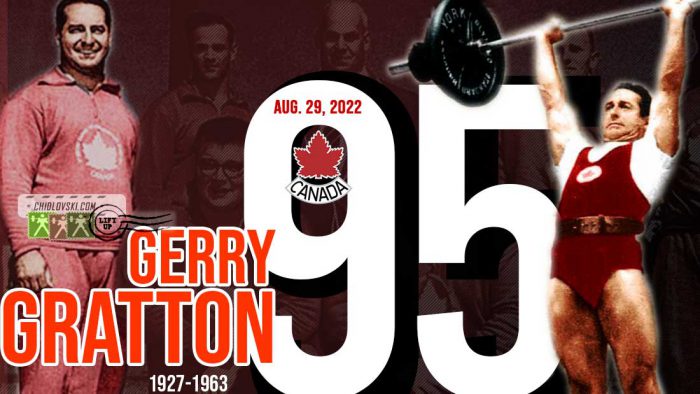 He began training in Montreal, Canada in the 1940s. His first coach was Harvey Hill, a native of England and one of the well-known pioneers of organized weightlifting in Canada. Gerry’s signature approach in training was based on his great discipline and sports ethics.

In June 1963, he suffered serious injuries in a car accident and died a few days later. He was 35.