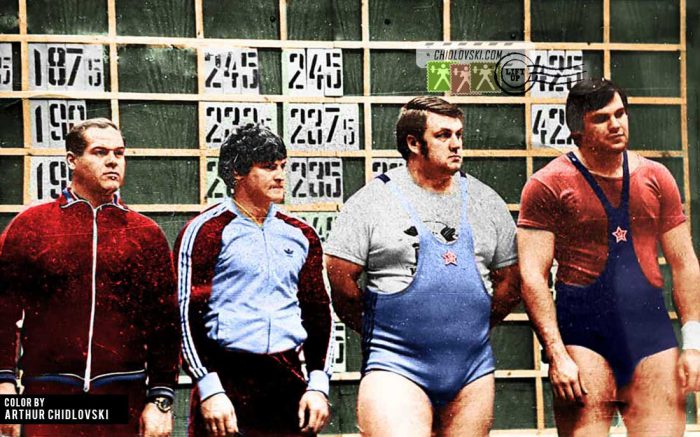 History in Color:
December 23, 1981, Donetsk, Ukraine – Members of Team Army receives the main award of the tournament after winning the first place at the 1981 USSR Cup in Donetsk (left to right):

There were 178 athletes representing 15 clubs at the 1981 USSR Cup in Donetsk. The winners of the team tournament were: