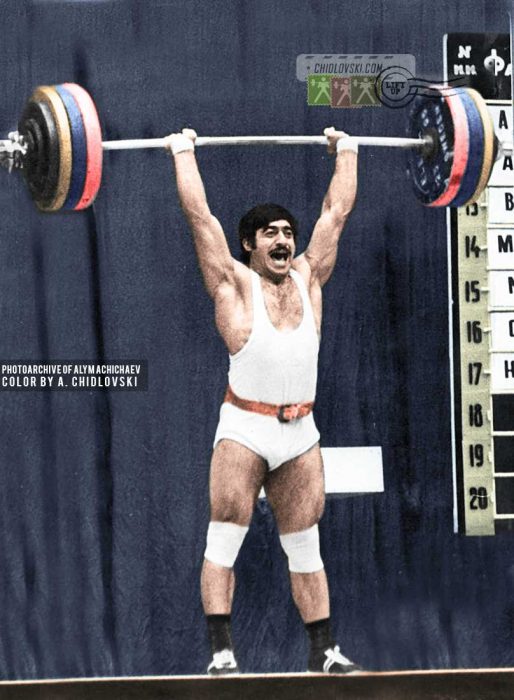 Besides his impressive presence on the weightlifting platform, Alym Achichaev is a historical figure. He was the first Chechen Olympic weightlifter to become the USSR champion.

It took place in 1976 in Karaganda when Achichaev won the national title with the total of 380кг (172.5+207.5). When he put down the 207.5kg down in the cj lift in Karaganda and realized that he won the USSR title, happy Alym did an unprecedented thing on the stage – he went on with a national lezginka dance right on the stage.

Needless to say, he was coached by legendary Rudolf Plyukfelder in Rostov. Before Rudolf began to train Alym Achichaev, he had a bet with his fellow coaches:

“Rudolf, you are a great coach, but you should agree that everybody can make a super champion out of a talent like David Rigert. Can you do the same with someone less promising? How about this guy?”