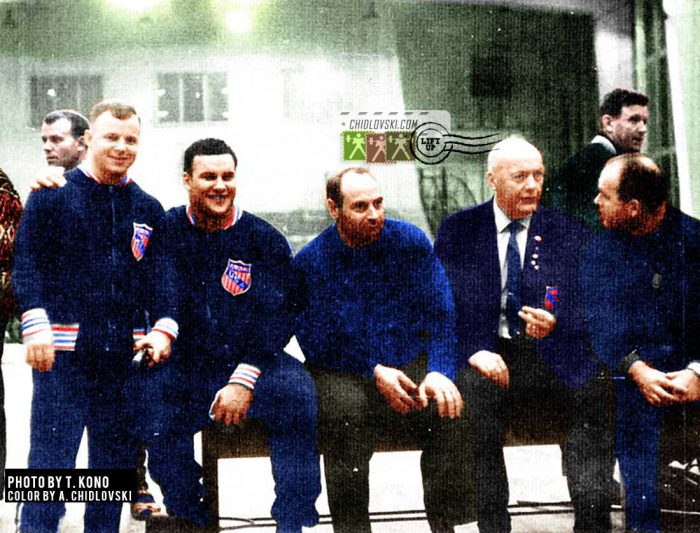 History in Color:
October 1966, East Berlin, GDR – Legendary Bob Hoffman (USA)  is being interviewed by the reporter of the Soviet Sports Daily newspaper with the final preparations for the 1966 World Championships being done on the stage.

The Head Coach of the Soviet weightlifting team Arkady Vorobyev is sitting on the bench next to Hoffman. Middleweight Russ Knipp and heavyweight Bob Bednarski, both of the U.S. national team, joined the interview group.

At the 1966 Worlds. Russ Knipp (USA) took the 4th place in the 75kg weight class and his teammate Bob Bednarski won a silver medal in the 90+kg class.