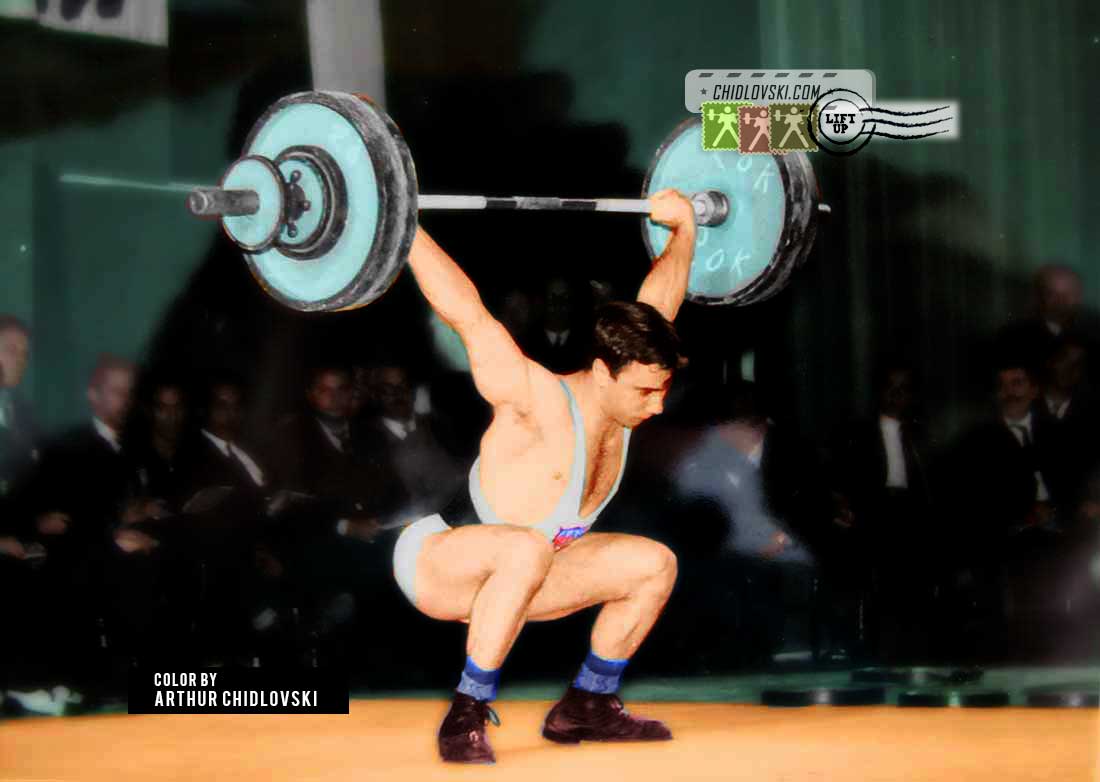 Peter George won both the snatch and clean-and-jerk programs but still earned only a silver medal.

The title was won by legendary Khadr El Touni of Egypt due to his 17.5kg lead in the press lift. Vladimir Pushkarev of Team USSR was the 3rd in the middleweight.