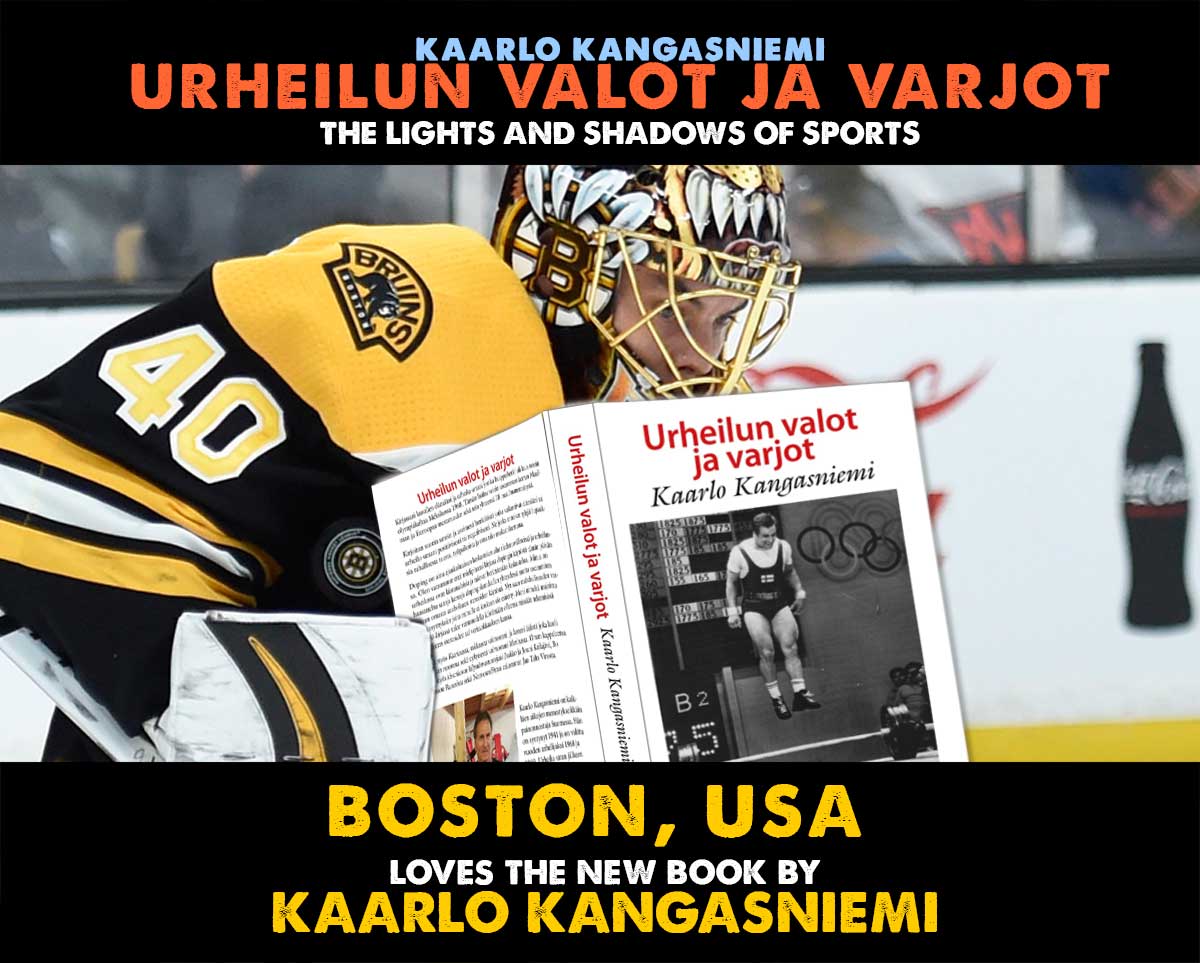 As hardcore Olympic weightlifting and Iron Game followers know, the new book by Kaarlo Kangasniemi has been published in January 2019. It is called “Idrottens ljus och skuggor” in Swedish or “Urheilun valot ja varjot” in Finnish. The working title translation in English is “The lights and shadows of sports“.

It’s a 350 pages biography book and it’s a non-stop-reading treasure. So far, it is available in Finnish and Swedish and other languages versions are in upcoming publications plans.

Guess what – a few weeks ago the book reached Boston, USA where most people read books in English and reading in Finnish might be an overall challenge.

Not so whatsoever to the goalie Tuukka Rask (on the cover) of the Boston Bruins NHL hockey team. Raskwas able to read Kalle’s book, improve his GAA in the NHL and told us the opinion of the expert:

“You don’t have to wait for English translation. Learn Finnish and enjoy it now!”

In the meantime, what do readers in Finland and Sweden think about the book?