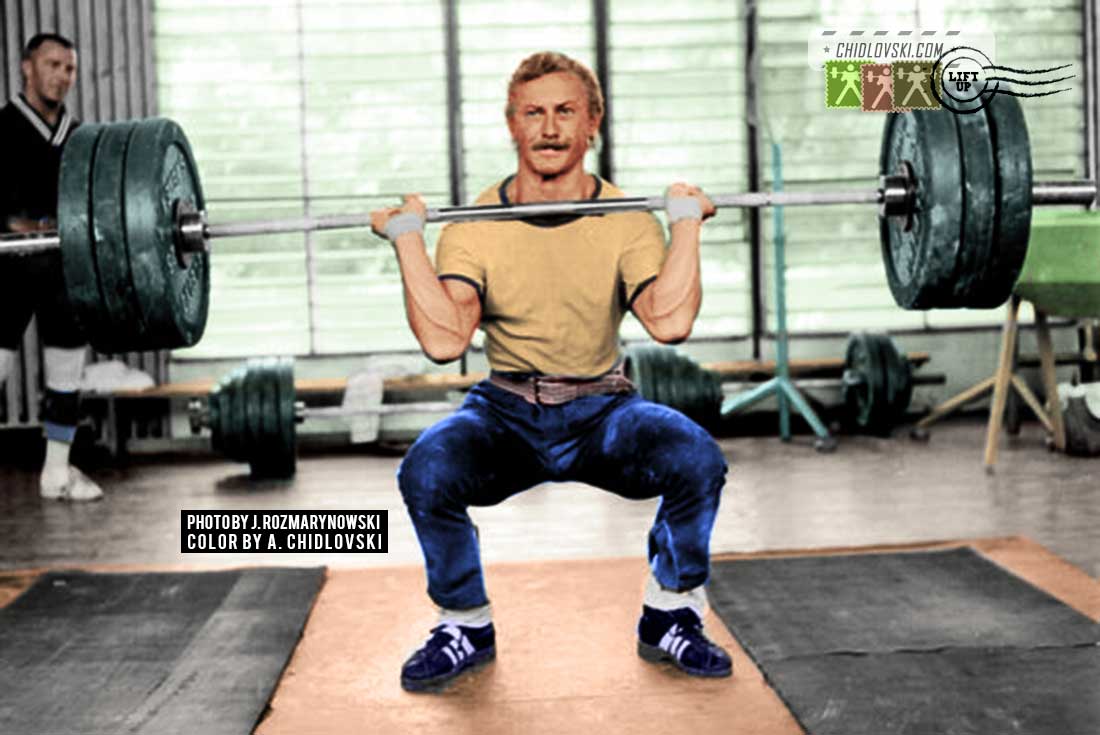 Kazimierz Czarnecki (born in 1948) was a distinguished Olympian and a world record holder of Team Poland.

At 23, he was a solid candidate to compete for his country at the 1972 Summer Olympics. However a serious elbow injury and 7 months of not training ended his hopes to compete in Munich. Four years later, 28-year old Kazimierz Czarnecki won a bronze Olympic medal in Montreal.

The year of 1976 was the best in Kazimierz Czarnecki’s career. In 1976, he won a national title in Poland, became a bronze medalist of the Olympics and 1976 World Championships and set his world records in snatch (140.5kg) in Bydgoszcz, Poland. His impressive personal best of 302.5kg (132.5+170) was also reached in May 1976 in Bydgoszcz, Poland.

Czarnecki was training hard for the 1980 Olympics but injuries again didn’t let him to compete for Team Poland at the Olympics in  Moscow.