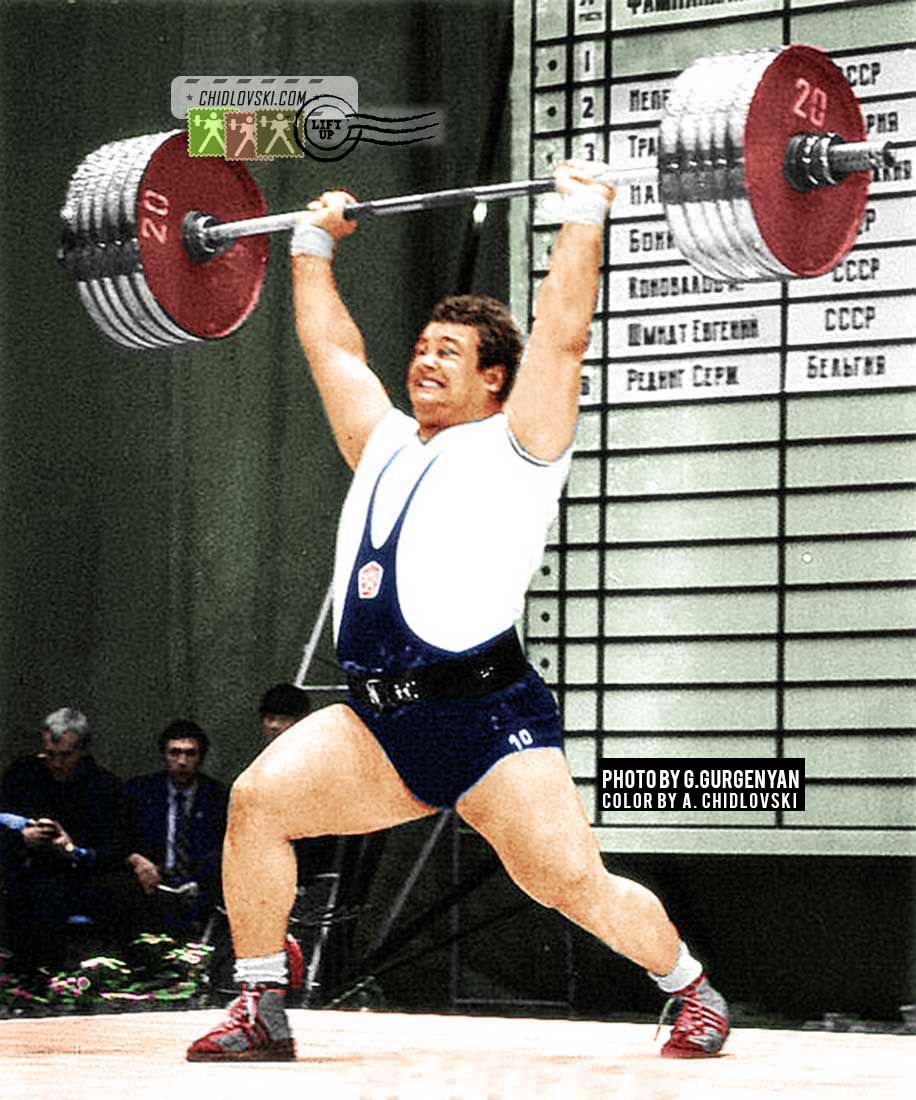 March 19, 1973, Tashkent, Uzbekistan – One of the best super heavyweight of Team Czechoslovakia, Jan Nagy performs a clean-and-jerk lift in the 110+kg weight class at the 1973 Friendship Cup In Tashkent.

Jan Nagy (b. 1945) competed for the national team of Czechoslovakia from 1972-1979. The photo on the cover depicts an unusual look of Jan without his famous full-grown beard that he had in the later years of his career.

In his career, Jan Nagy authored numerous national records including the best clean-and-jerk of 242.5kg.