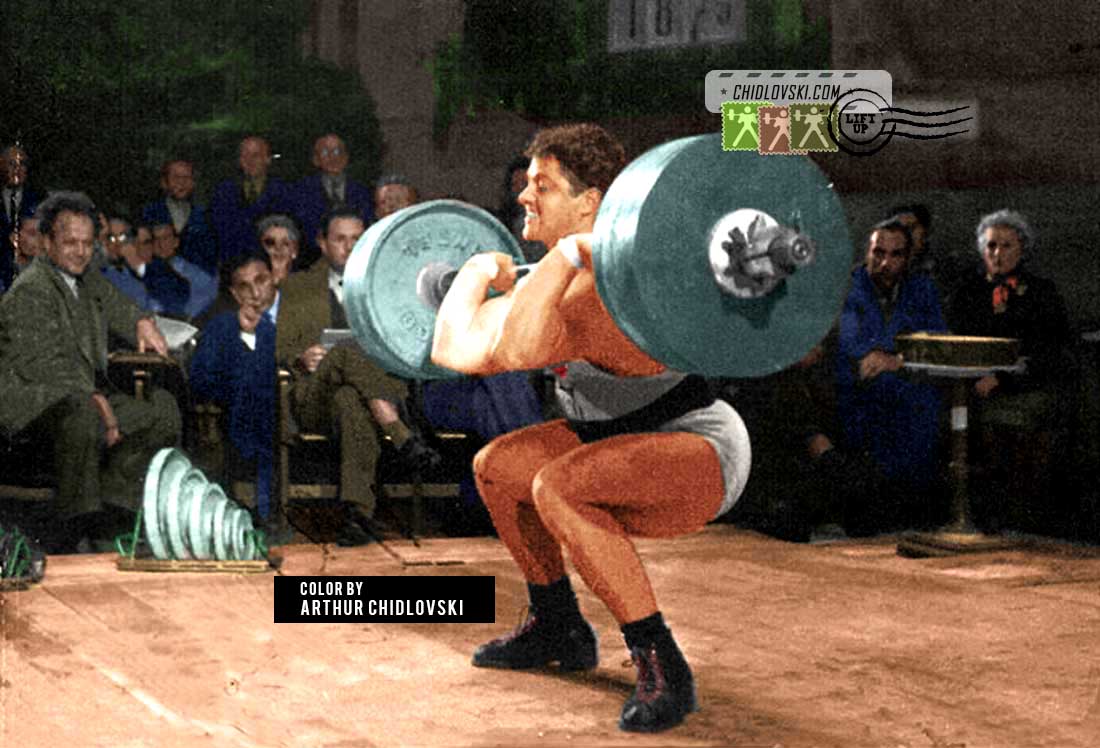 After the first two lifts, he was second to Arkady Vorobyev. So, in the clean-and-jerk, he secured his silver medal with the 167.5kg lift and then added… 20kg (!!!) to reach for the gold medal.

Considering that Dave Sheppard’s bodyweight was only 84kg and that his teammate Tommy Kono just set the 172.5kg world record in the 82.5kg, it was an enormous weight to capture for the time. In fact, 187.5kg was even well above the world record in the 90kg class set by Norb Schemansky (181kg).

What happened then became a part of the historical epics of the sport. In the first attempt, when no one expected from Sheppard to succeed, he slowly pulled the weight from the platform and then cleaned it but… failed to stand up. In the second try at 187.5kg, Dave cleaned the weight and after a big struggle got up with it but failed to jerk it off the chest.

The crowd gave the athlete a loud round of applause. They saw one of the most beautiful and moving moments of Olympic weightlifting – the moment when the athlete pushes the limits of what he can possibly lift.