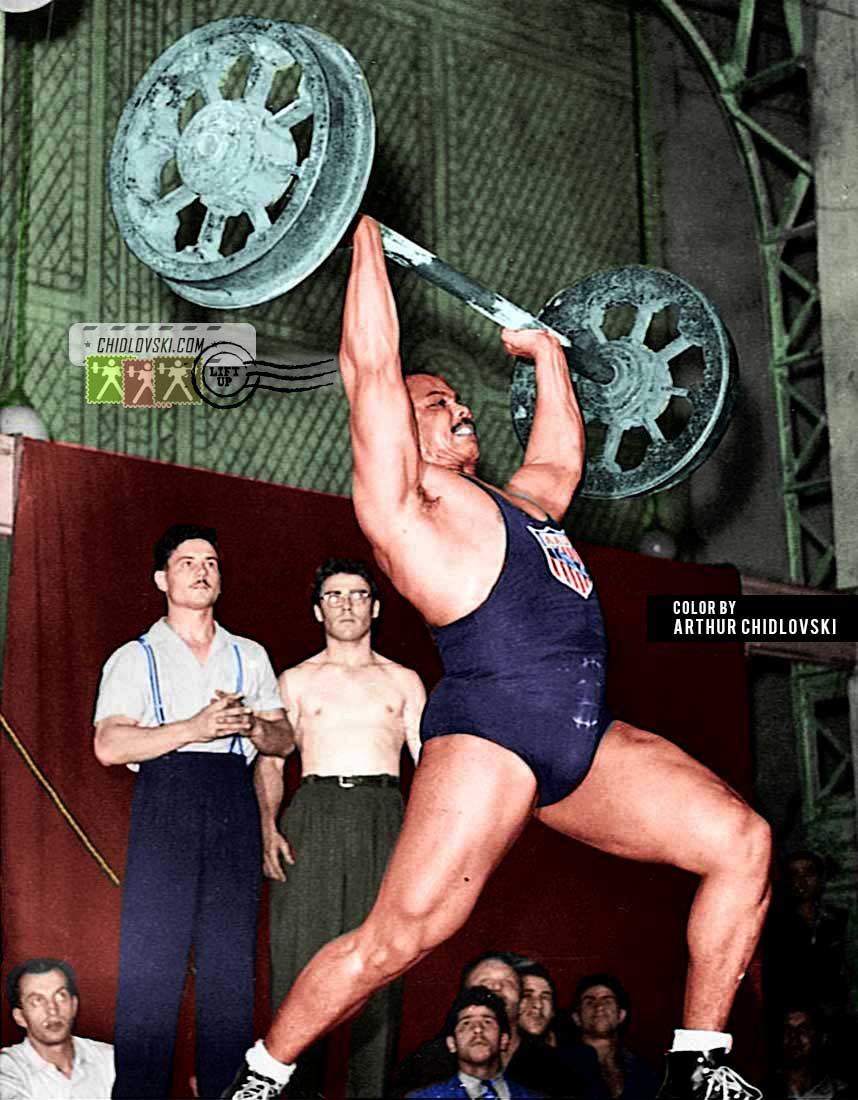 The original Apollon Axle was a set of railway car wheels connected by an axle. In 1892, the Apollon Axle was announced as a a ready-made barbell by a professional French strongman Louis Uni (Apollon). The Axle and wheels weighted 366 lbs (166 kg). Maximum diameter of the wheels was 26 inches. The non-rotating axle bar was 1.93 inch (49 mm ) thick.

After winning a gold medal in the 82.5 class at the 1949 World Championships in Scheveningen, Netherlands, legendary American weightlifter John Davis was invited by French organizers for a huge strongman challenge – to lift the famous Apollon Wheels in Paris. Only two men in the history were able to conquer the Apollon Axle  before – legendary Charles Rigoulot of France and Apollon (Louis Uni) himself.

Needless to say, it is still debated if Louis Uni actually managed to lift his invention above his head.

It is known that Charles Rigoulot did it in Paris on March 3, 1930.

As shown on our color version of the featured photo, John Davis succeeded with lifting the Apollon Wheels it in Paris on September 13, 1949.

In October 1954, legendary Norbert Schemansky cleaned the Axle and jerked it three times in Lille, France.