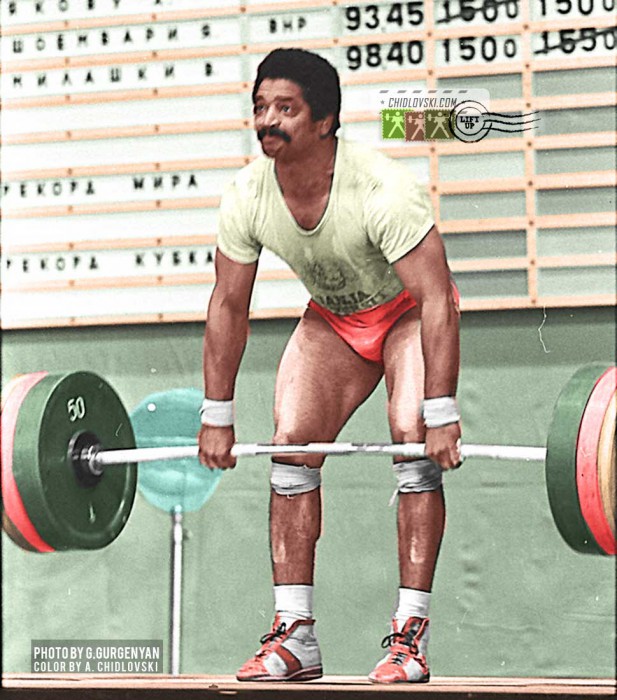 March 16 1978, Moscow, Russia – Alberto Fernandez Blanco of Team Cuba performs a clean-and-jerk lift in the 100kg class at the 1978 Friendship Cup in Moscow.

Alberto Fernandez Blanco (b. 1950) was one of the best world class Cuban Olympic weightlifters of the 20th century.

Blanco was a 2x Olympian and competed for Cuba at the Summer Olympics in 1976 and 1980. He took the 6th place in the 90kg class in Montreal and won a bronze Olympic medal in the 100kg class in Moscow.