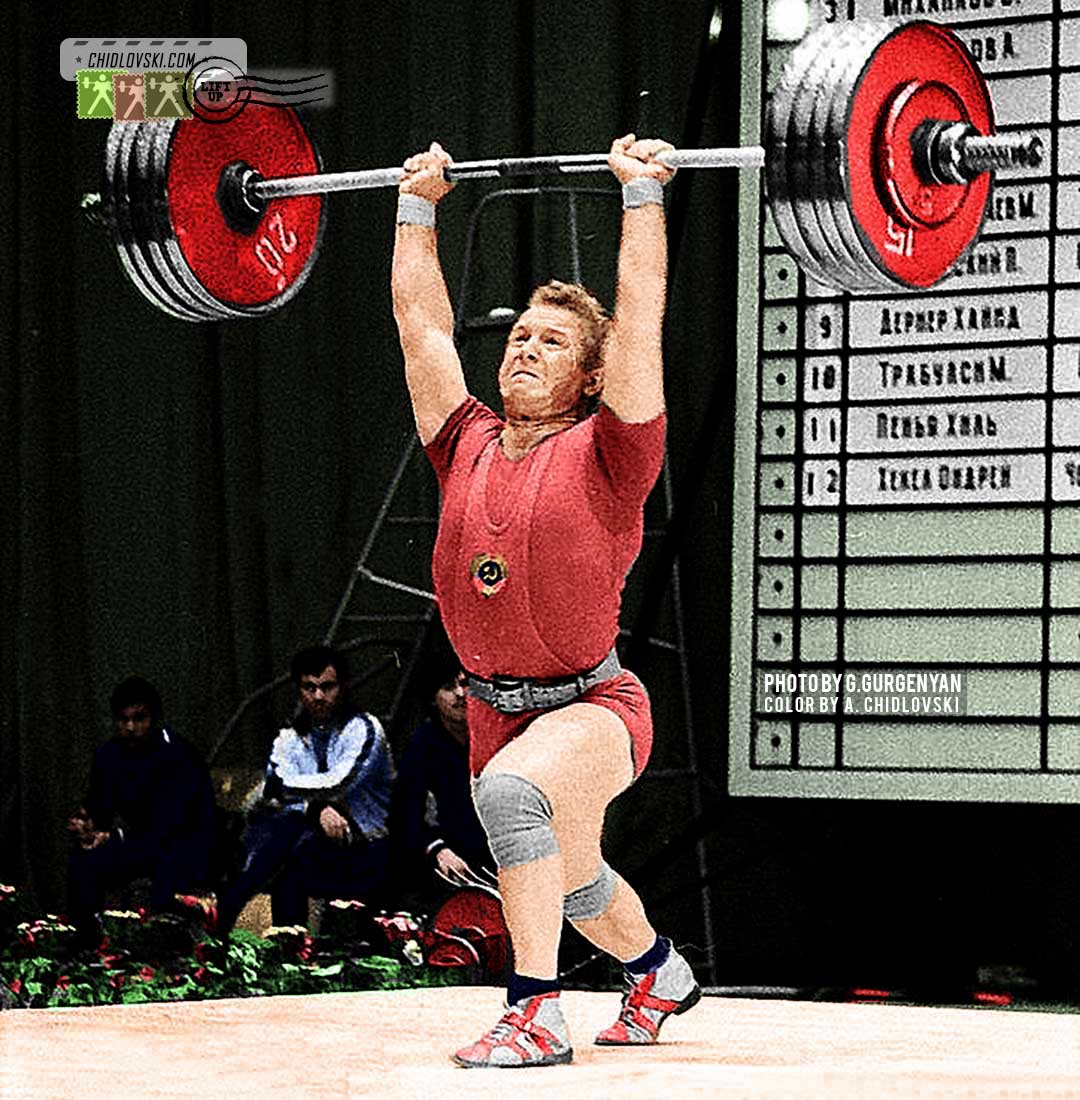 History in Color:
March 17, 1973, Tashkent, Uzbekistan – Soviet middleweight Valentin Mikhailov of Voroshilovgrad, Ukraine competes in the clean-and-jerk in the 75kg class at the 1973 Friendship Cup in Tashkent.

He competed for Team USSR at the 1973 World Championships in Havana, Cuba and took the 4th place.

Valentin Mikhailov is a World record holder (in total). He also set 11 records of Ukraine.

After retiring as an athlete, Valentin Mikhailov launched an impressive coaching career which included working with the national Team USSR.