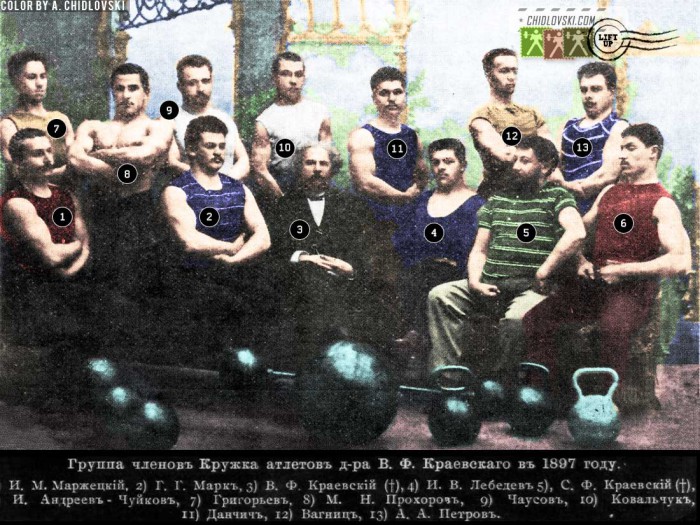 On August 10, 2018 Russian weightlifting celebrates its 133rd birthday. The long story of Olympic weightlifting began with the gentlemen on the cover photo when Dr. V.F. Krayevsky founded his club in St. Petersburg, Russia on August 10, 1885…

As previously published in the History in Color series:

The official date of the beginning of Russian weightlifting is considered August 10, 1885. It was the day when the first weightlifting club of athletes was founded by Dr. V.F. Krayevsky in St. Petersburg, Russia. The initial goal of the club was health improvements and strength development of its members, amateur athletes of the club. Needless to say, some went beyond the status of amateur athletes including such professional strongmen and wrestlers as George Hackenschmidt, Sergey Eliseev, Gvido Mayer, Ivan Lebedev and more.

The original black-and-white photo of this History in Color feature was printed literally in every textbook on Olympic weightlifting in the Soviet Union.

The story of weightlifting in Russia has its roots connected to the fine gentlemen depicted in the cover photo for this article. 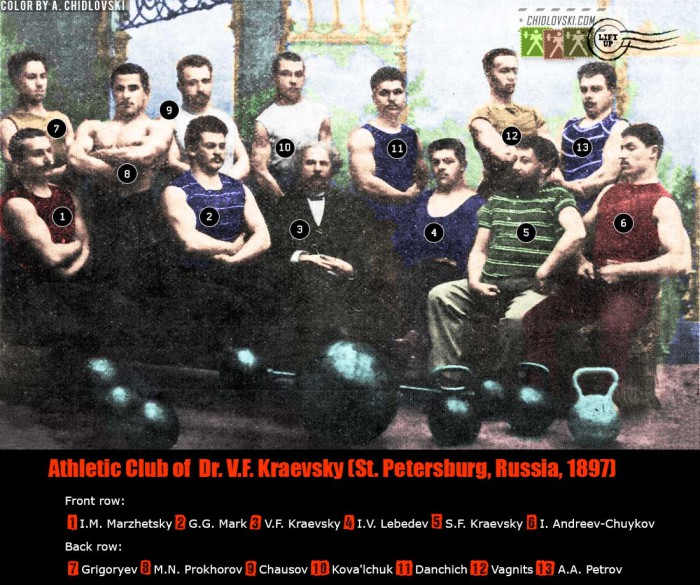