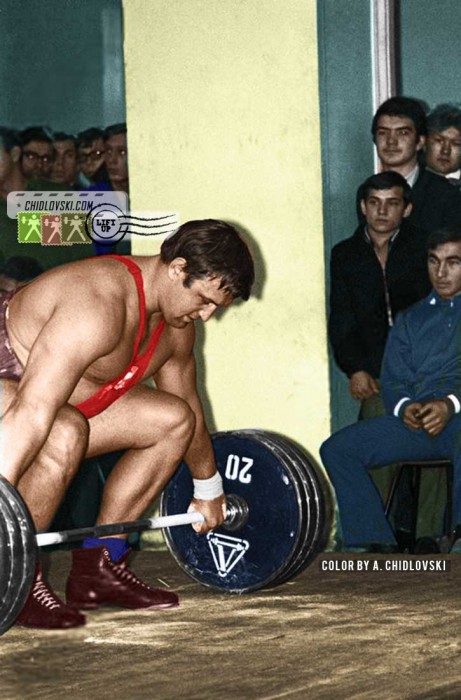 Vladimir Starostenko (1942-2010) competed in the heavyweight class for the Burevestnik Club of Moscow, Russia.

Starostenko in ranked as No.63 in the Club 500 Top Listing with the following total:

This is about all that we know about Vladimir Starostenko at this stage. Obviously, the competition between the Soviet athletes in the 110kg class was traditionally very high. There was always a list of 5-8 international level lifters competing in the 110kg class at every USSR national championships at the time.