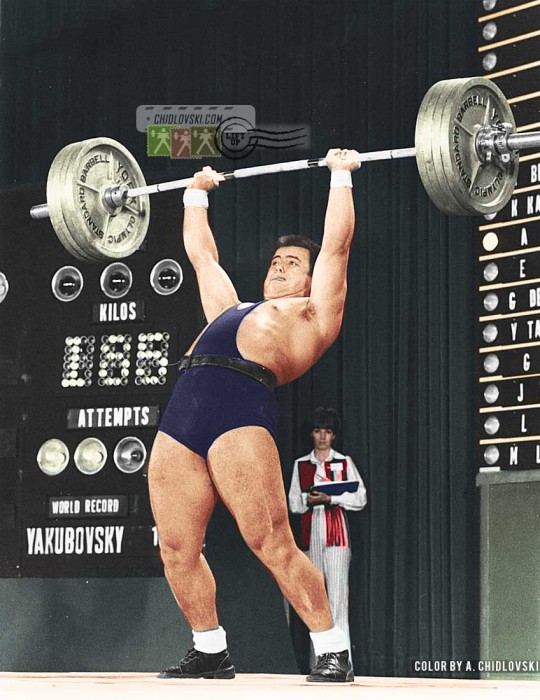 History in Color presents a color version of the pnoto with one of the first and best graduates of  Bulgarian weightlifting school by Ivan Abadzhiev, Alexander Kraychev.

Alexander Kraychev (b. 1951) was one of the international  top guns in the heavyweight class in the 1970s.

He is a Bulgarian member of the Club 500. There are 7 Bulgarian athletes inducted into the famous listing.