On the Stage of the Palais de Chaillot in Paris 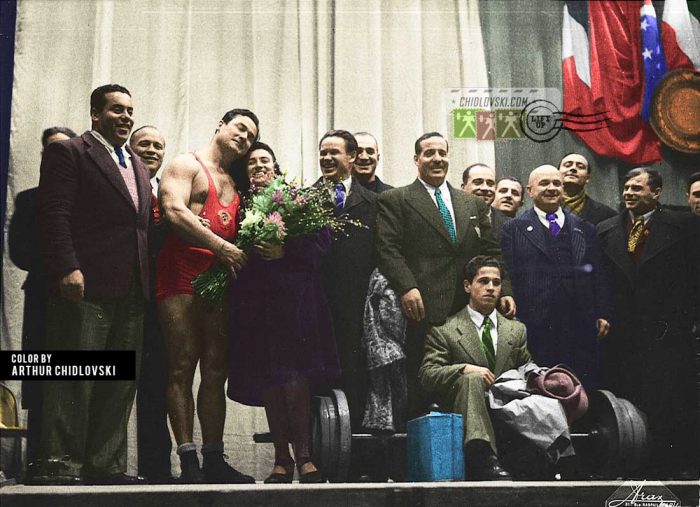 Palais de Chaillot theater in Paris, France, 1946 – Altletes of Team Egypt and Team USSR gathered on the stage of the theater for a group shot after the end of the 1946 World Championship in Paris. It was the first appearance of the Soviet Olympic weightlifters in the official World championship.

The story of this photo I heard is that it was a surprise visit of Yakov Kutsenko’s wife to congratulate him with his birthday. Although his birthday was a month later, it does sound romantic – a love trip from Kiev to Paris to say “Happy Birthday, honey!”