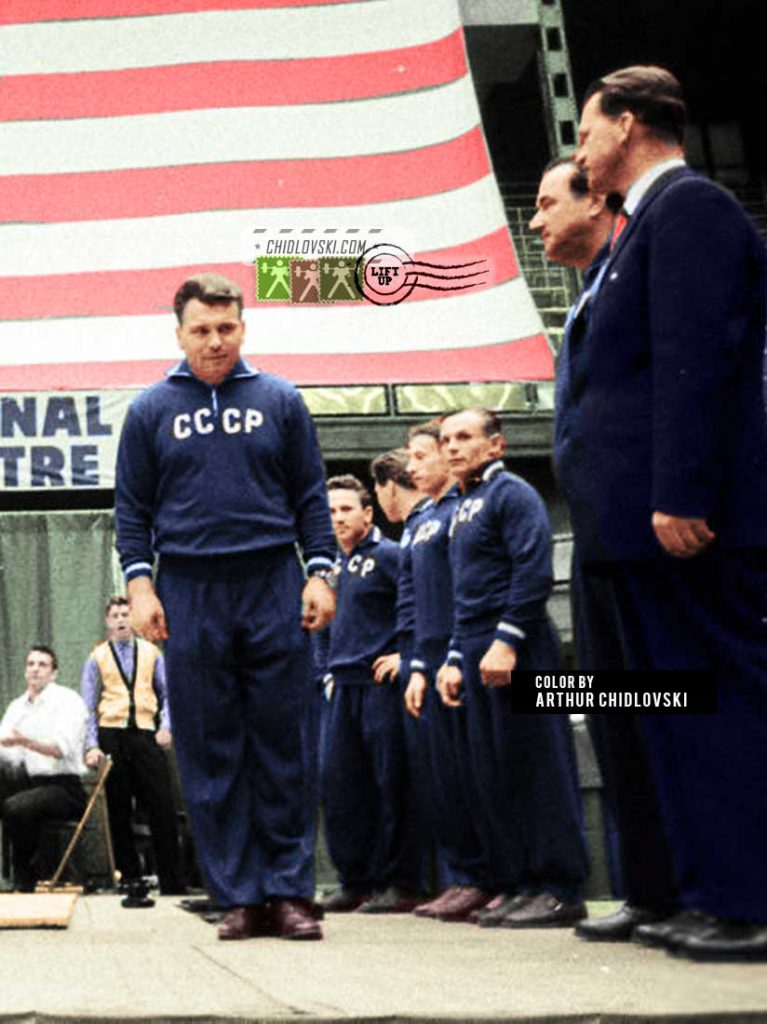 History in Color:
May 1958, Chicago, IL – One of the coaches of Team CCCP, Alexander Bozhko is being introduced at the opening ceremony of the 1958 USA vs USSR Olympic weightlifting matches in the United States.

The peak of his career as an athlete definitely was in the pre-World War II times when the Soviet athletes had a very limited exposure to the international contests. In 1947,  32-year old Alexander Bozhko became a vice champion of Europe in the 75kg class at the Championships in Helsinki.