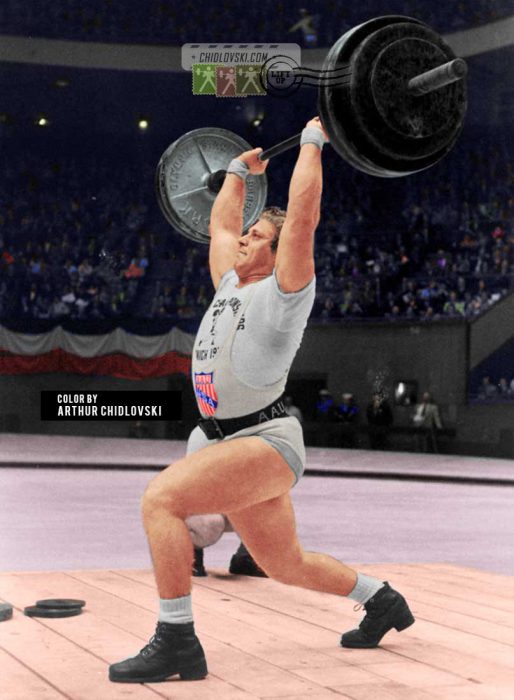 The original black-and-white photo was made at the Madison Square Garden in NYC when American Olympic weightlifters were a part of a big sports show demonstrating the audience how U.S. Olympians are preparing for the 1956 Olympics in various disciplines.

Clyde Emrich (b. 1931) was a part of the great U.S. weightlifting team assembled by Bob Hoffman back in the 1950s.

He competed in the light heavyweight and middle heavyweight and had an impressive track of achievements both on the national and international level. Emrich was a Senior National Champion in 1952, 1956, 1967, and 1959. He competed for Team USA and won the Pan American Games in 1959.

Originally, Emrich was a self-taught weightlifter. He didn’t have a coach and began learning how to lift at 15 by reading the Strength and Health magazines.

After retirement from weightlifting, Clyde Emrich worked as an athletic and strength coach of the Chicago Bears football team in his home town.