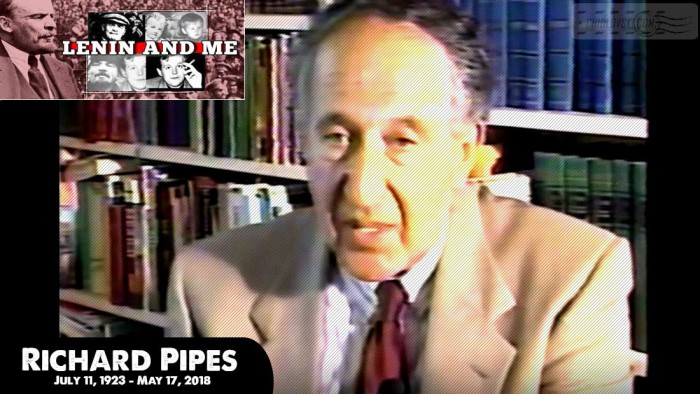 Richard Pipes, one of the most well-known experts in the world on Russian history, the Russian revolution in 1917 and the history of Bolshevik regime, has died at 94.

I met Dr. Richard Pipes when I was working on the Lenin and Me documentary in 1995. It was a great pleasure and very impressive experience to have an on and off camera cpnversation with Dr. Pipes while interviewing him for the film.

Perhaps, it was the first opportunity for me to talk to a historian with a very distinct and a completely different view on Russian history compared to what was taught in the Soviet schools back then. It was very interesting and made Richard Pipes one of the key contributor to the film with his view on Vladimir Lenin and his era in Russian history.

My deepest condolences are going to the family and friends of Richard Pipes.