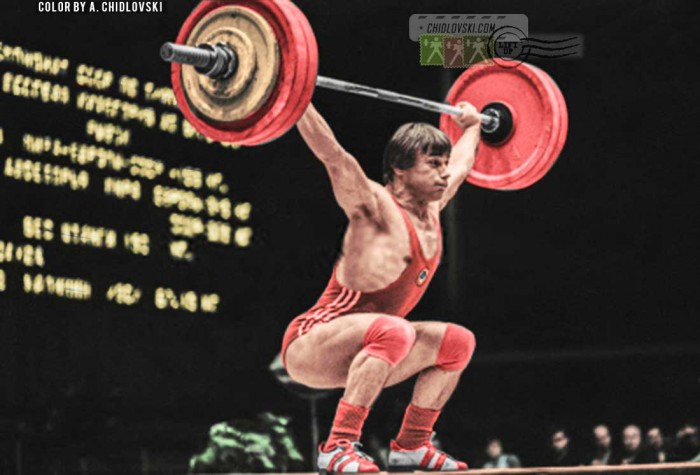 On his way to the national title in 1984, Grachev set a world record in snatch and national record in total.