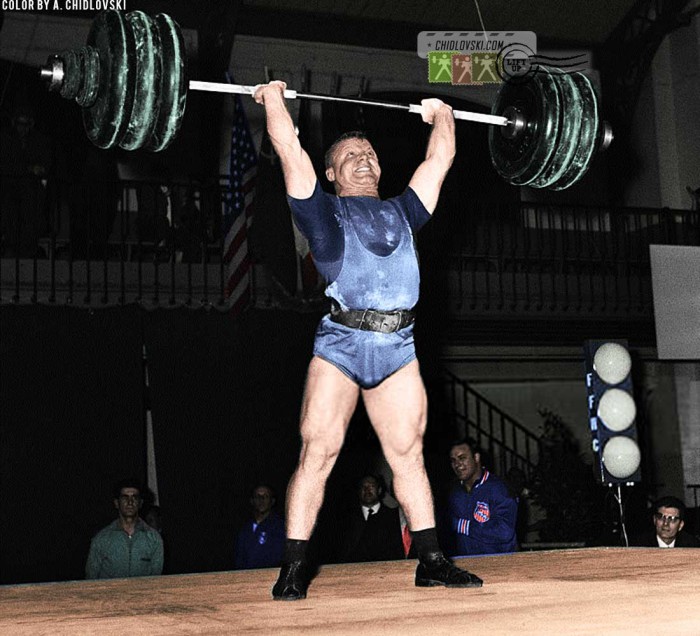 History in Color:
2x U.S. Olympian and an outstanding presser, Russ Knipp (1942-2006) of Pittsburgh, PA was a popular Olympic weightlifter among the athletes and the Iron Game followers.

Nick-named as “the knipper”, “the fireplug”, “the squatting machine”, he was one of most impressive pressers in the history of American weightlifting. He set four world records in the middleweight class and all four were in press lifts.

Despite a significant disadvantage of a poor elbows lock-up, Russ had an outstanding career with the Team USA Weightlifting and competed for the United States at two Summer Olympic tournaments.