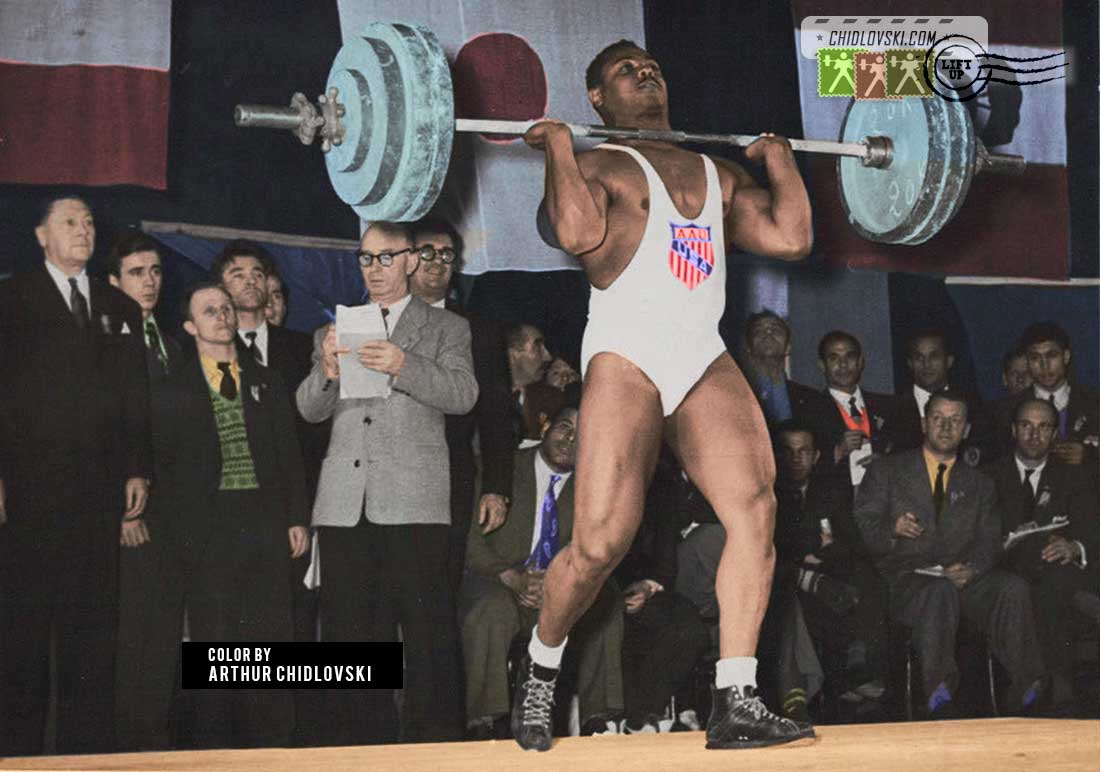 John Davis (1921-1984) definitely deserves much more than a brief article. We had published a few interviews and articles about him at the the Lift Up project including the series at the History in Color.

As for the 1950 World tournament in Paris, Davis won his fifth World title with the 462.5kg in total (world record).

He outlifted the silver medalist Yakov Kutsenko of the USSR by 20kg.