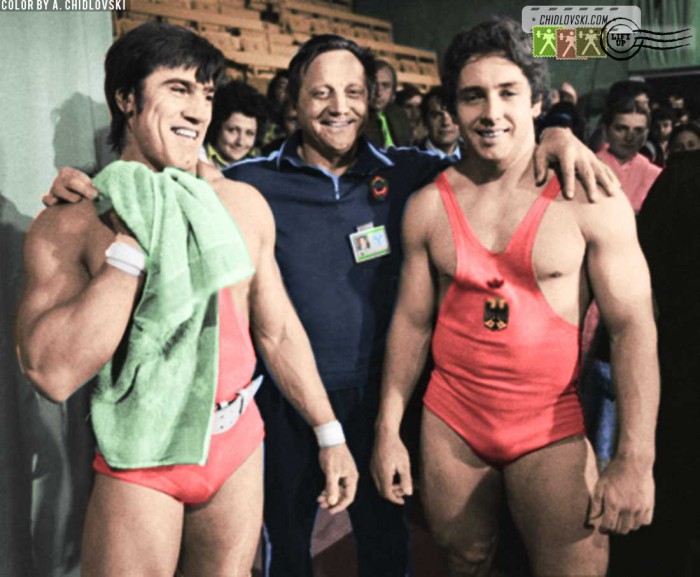 History in Color:
David Rigert, his coach Rudolph Plukfelder, both of Team CCCP, and Rolf Milser of West Germany are smiling for the group shot after the end of the 90kg competition at the 1978 European championship in Havirov, Czechoslovakia.

David Rigert (b. 1947) won the 1976 Olympics in Montreal. Rudolph Pluckfelder (b. 1927) became an Olympic champion in Tokyo in 1964. Both were ethnic Germans from the Soviet Union.

I suppose they didn’t really need an interpreter during the photo session.