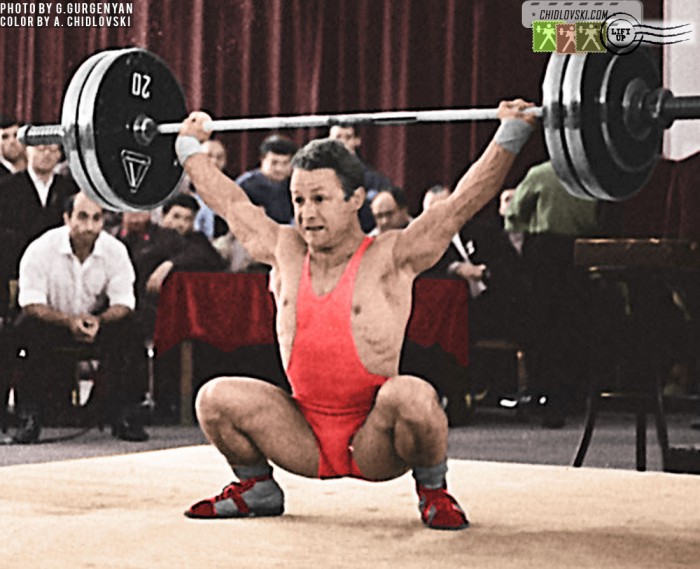 Nikolay Nogaytsev definitely belongs to the so called “unsung heroes” of the Olympic weightlifting history. His name is not well known outside the borders of the USSR. To be honest with you, I did the Google search in the Russian language resources and the results were rather limited to the statistics book by Aptekar and, apologies for a shameless plug, to his profile at the Lift Up.

Nikolay Nogaytsev was a solid Soviet lightweight who for many years competed on the top national level tournaments. He lifted for the Dynamo Moscow club and, from 1964 to 1970, he consistently brought medads from the USSR championships (with the exception of 1969).

Nogaytsev was a candidate to represent the nation at the 1968 Summer Olympics in Mexico City. The Smena Monthly magazine even mentioned Nikolay Nogaytsev as their choice for the gold in the lightweight class.

Obviously, the Team CCCP coaches didn’t read the predictions article in the Smena magazine. Nikolay wasn’t among the candidates for gold in Mexico. Legendary Waldemar Baszanowski of Poland won the 1968 Olympics gold in the lightweight. Perhaps, it explains why national team head coach Arkady Vorobyev sometimes preferred to double representation in the other weight classes. Medals other than the gold ones were considered failure in those days.

Waldemar Baszanowski was almost unbeatable in the 67.5kg class in the 1960s. Among the Soviets only two were able to win against Baszanowski at the Olympics and World Championshops in the lightweight in the 1960s – Viktor Bushuev in 1960 and Vladimir Kaplunov in 1962. Voktor Kurentsov also did it in 1966 but it was in the 75kg weightclass.