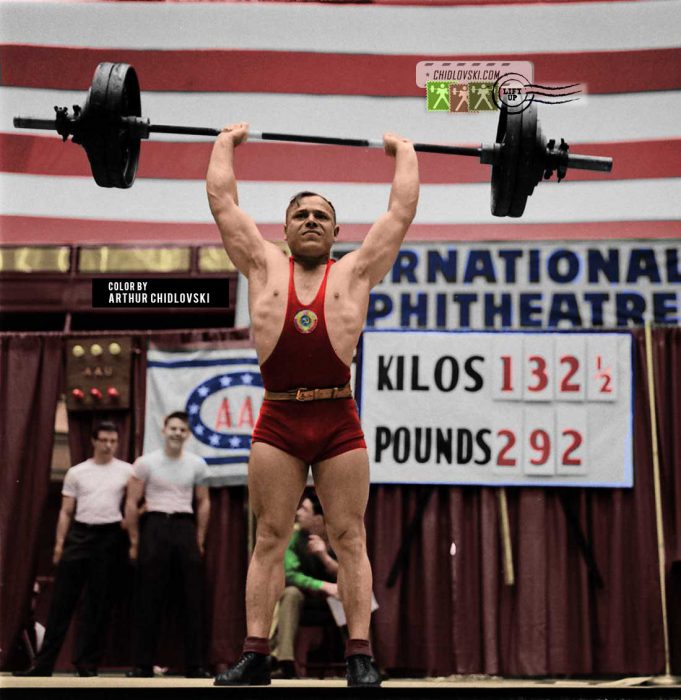 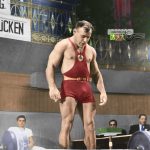 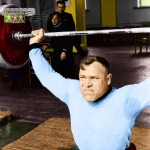 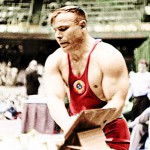 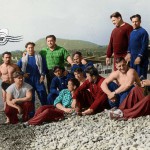 The History in Color photo features Olympic press by Trofim Lomakin of the Soviet Union at the 1958 USA vs. USSR Weightligting Tournament in Chicago, IL.

Lomakin competed in the 82.5kg match vs. Jim George of Team USA. On the photo, Trofim presses 132.5kg.

It is 20 kg less than the official world record in the press lift at the time set by Tommy Kono (USA).

Tommy Kono is also a part of the tournament but he comeped in the 75kg weight class vs. his long-term weightlifting rival Fedor Bogdanovsky of Leningrad, Russia.