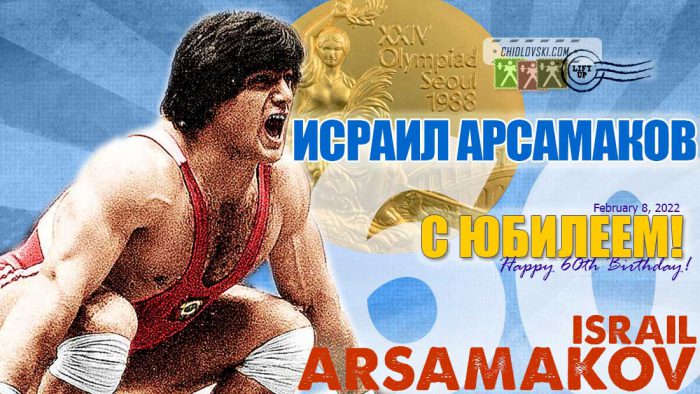 Israil Arsamakov is a Soviet Olympian who won the 1988 Summer Olympics in Seoul and became the first weightlifter from the Chechen-Ingushetia Area to win the Olympics. Arsamakov was a world record holder (1982, snatch). He also was a 1986 European Champion and won a silver medal at the 1986 World Championships in Sofia.