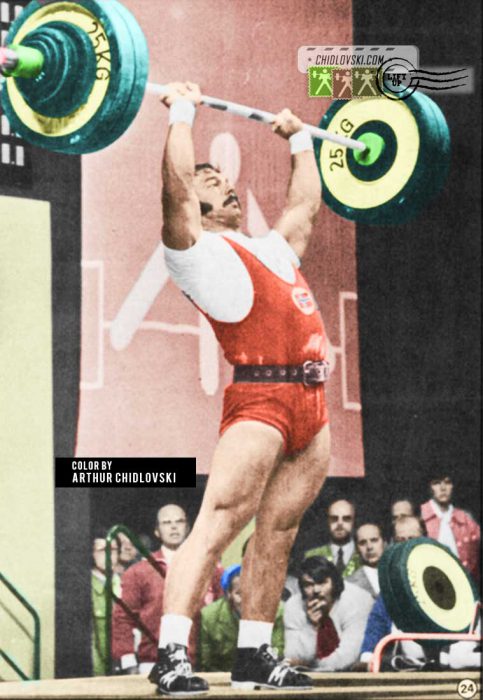 Olympic champion Leif Jenssen of Norway competes in the 82.5kg class at the 1972 Summer Olympics in Munich.

This tournament became a triumph day for a 24-year old athlete from Norway and a total nightmare two Soviet light heavyweights Boris Pavlov and Valery Shary. Both failed to lift the starting weight in the press and were eliminated from the competition. Pavlov bombed out at 167.5kg and Shary at 170kg.

Interestingly enough, Jenssen always publicly admitted the usage of anabolics (including the 1972 Olympics). According to Leif, he began to use steroids in 1970 when his primary care doctor gave him a prescription.

Needless to note, the anabolics were not officially forbidden before January 1973. In his interviews, Jenssen says that he never regretted about taking steroids because 49 out of 50 elite lifters used them in the times he competed.

Leif Jenssen was a very strong athlete. He wasn’t a noteworthy technician on the platform but his best lift was always the press. Eyewitnesses of his lifts at the 1972 Olympics noted that he almost did a military press in Munich.

In the comments at Lift Up, people from Norway remember that Leif did outstanding 305kg back squats and all say that he was and remains a pride of sports in Norway.