The Back of A Weightlifter 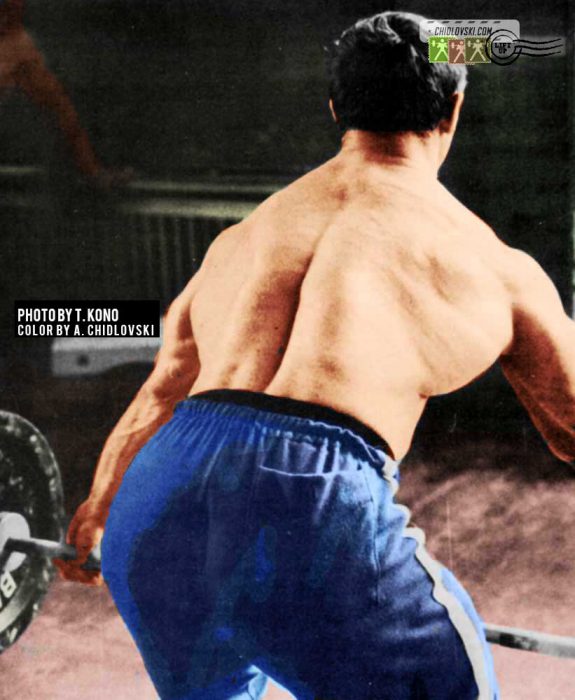 “Weights are to be lifted by the back and legs!”

It is the axiom of Olympic weightlifting. Whenever you first enter the training gym, it will be the first lesson by the coach.

The photo of the cover is a digitally enhanced version of a black-and-white original photo that was posted in our gym in Moscow, Russia along with the photos of David Rigert, Vasily Alexeev and Yurik Vardanyan.

I was a junior lifter and didn’t know much about this photo. It was an inspirational image for me how to hold the back in the pulls.

Much later, when I launched the Lift Up project about the history of Olympic weightlifting, I found out that this picture was an inspiration for lifters not only in our place but all over the world.

And the photo has its own story.

It was taken by legendary Tommy Kono of Team USA during the 1971 European Championship in Sophia, Bulgaria. At the time, he already retired from lifting and was working as a head coach of Team Germany. He was preparing German athletes for the 1972 Summer Olympics in Munich.

In one of the training halls in Sophia, Kono spotted Team CCCP athletes that were training for the upcoming competitions. He made a few snapshots with his camera and went on to his team.

One of the shots showed Gennady Ivanchenko of Riga, Latvia with his training routines and… it was exactly the shot on the cover.

Legendary Kono and Ivanchenko, Bulgaria, USA, CCCP, Germany, Latvia… And all of these in one shot that became an inspiration for generations of lifters to come.