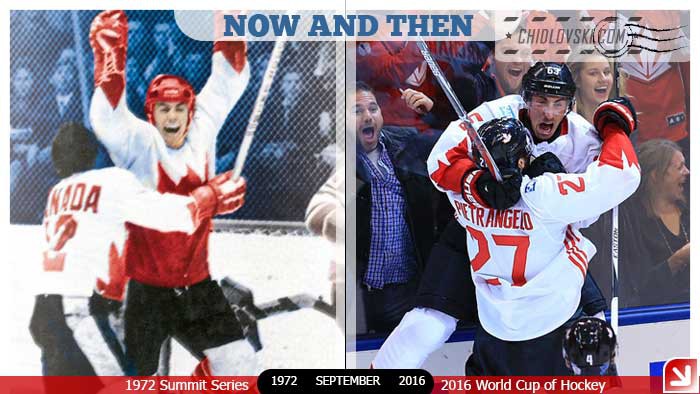 On September 28 1972, with 34 second left in the game, Paul Henderson scored a game and a tournament winning goal for Canada at the 1972 Summit Series.

On September 29, 2016, with 44 second left in the game, Brad Marchand scored a game and a tournament winning goal for Canada at the 2016 World Cup of Hockey.

Still, it’s very symbolic and it’s a true moments of joy with a 44 years difference between them.

It’s ironic but, at the 2016 WCH, Yevgeny Kuznetsov of Russia  also scored a twin goal to Kharlamov’s goal in 1972.