Yevgeny Kuznetsov of Team Russia scored a beauty of the goal at the 2016 World Cup of Hockey in Toronto.

It was the 3rd goal of Russian team in the game vs Team North America.

And somehow it brought me back to the memorable moments of the 1972 Summit Series when Valery Kharlamov scored Goal 5 in Game 1 in Montreal.

Harry Sinden was the head coach of Team Canada and he said that goals like this are not supposed to be scored against the NHL level players. Canadian blueliners Don Awry and Rod Seiling looked like oldtimers when Kharlamov wrote this goal in the history book of hockey.

Obviosly, players of Team North America are under 23. They were at least -21 in 1972. Kuznetsov himself just turned 24 in May. I don’t know if they watched the goal by Kharlamov in old films.

To me, there is a striking resemblance between two goals.

Speaking of the 1972 Summit Series, the 44th anniversary of goal scored by Paul Henderson in Moscow is coming up in a week.

Happy celebration to all! 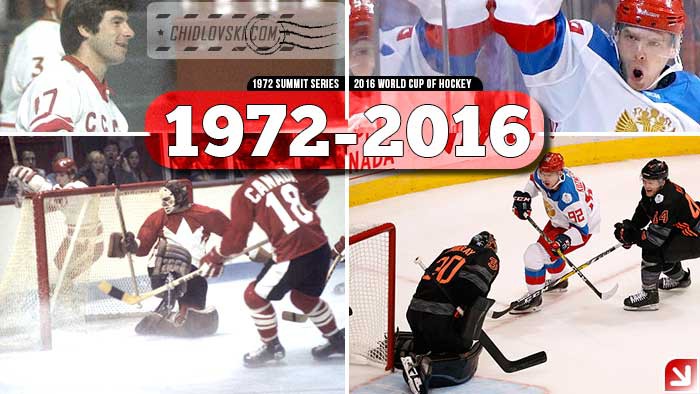