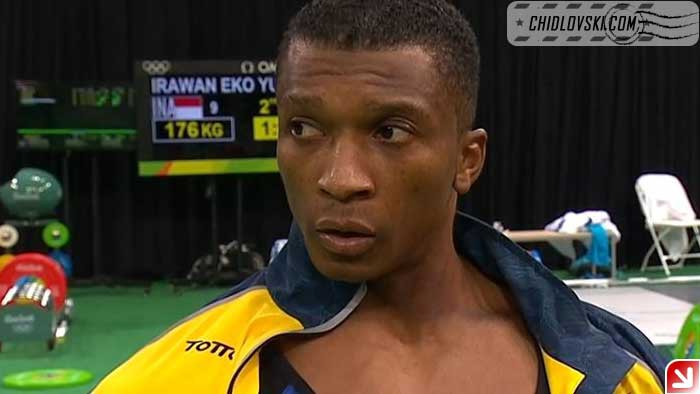 Oscar Figueroa of Colombia won the gold medal of the 2016 Olympics in the featherweight class.

This was the last competitions of Oscar. At 33 and after a very fine career in sports, he retires from lifting. Four years ago he won silver medal in London and, in his last entrance to the weightlifting platform, he won the drea medal for any weightlifter – the gold medal of the Olympics!

The silver and bronze medals went to Eko Yuli Irawan of Indonesia and Farkhat Kharki of Kazakhstan respectively. Both used only one successful lifts in the snatch and cj and that was enough to clear medals in the total.

One of the main contenders for the gold in this weight class, Chen Lijun of the Chinese weightlifting squad was out of competition with injury. He won the world title in 2013 and 2015. Him being out changed the whole dynamics in the competitions. The main battle was between Figueroa and Irawan, Columian lifter lifted 2in 3 in botht lifts and placed first with 318 KG in total. More at Lift Up.