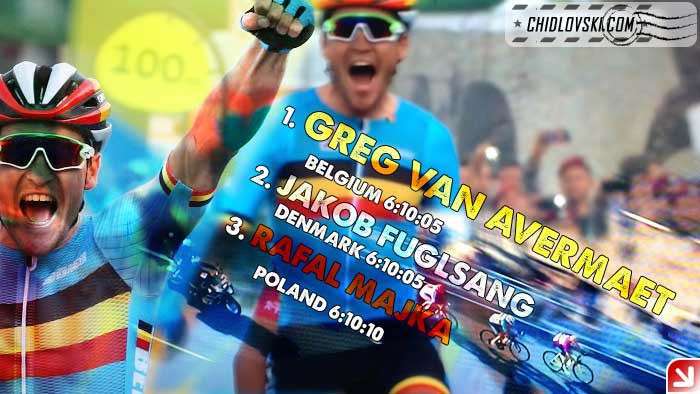 After 6 hours of racing through picturesque coastal Rio, Greg Van Avermaet from Belgium won the gold in road race cycling at the 2016 Olympics in Brazil.

The final 2 kilometers were super dramatic when Van Avermaet and Jakob Fugsland from Denmark caught up with Rafal Majka, Poland.Polish cyclist was in the lead group for a long time. In the end he lost 25-seconds advantage and was left with the bronze medal.

The dramatic finish was highly enjoyable to watch.

It was a little overshadowed by the thoughts in the back of my mind about the history of doping scandals in this discipline. After all, it was this sport where ill-famed Lance Armstrong was a king of the road for years and then miserably failed and was announced as another cheat.  Joy of celebration is often fades out with a discovery that champions were stripped of their medals and honors.