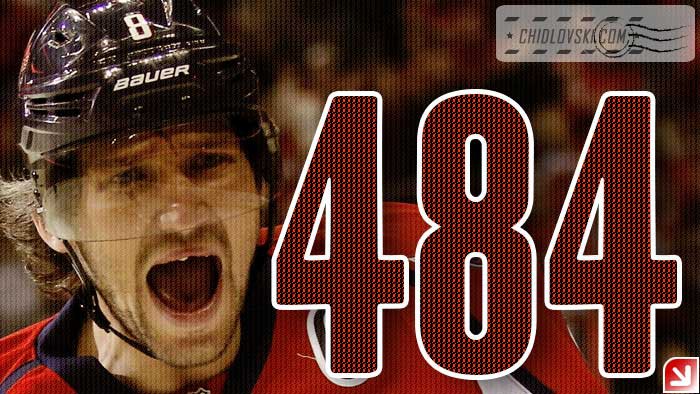 Congrats to Alex Ovechkin with the new NHL record of most goals by a Russian-born player.

Too many things to celebrate here!

Too many topic for passionate discussions here…

How does Alex Ovechkin rank compared to Sydney Crosby, his constant rival on the non-stop question who’s the best player on ice today?

What’s your take on Ovechkin compared to other countrymen who played in the NHL – Sergei Fedoros or Alex Mogilny or Pavel Bure or…?

How would you rate Ovechkin compared to the all-time greats from Russia of earlier generations, the ones who paved the road to the NHL for Russian players?

Too many questions here 🙂 The organist is playing “Kalinka” and “Russian Sailor Dance” in between the questions and super goals by Ovi.

Super congrats to Alex Ovechkin with this milestone in the history books. Going to 500?