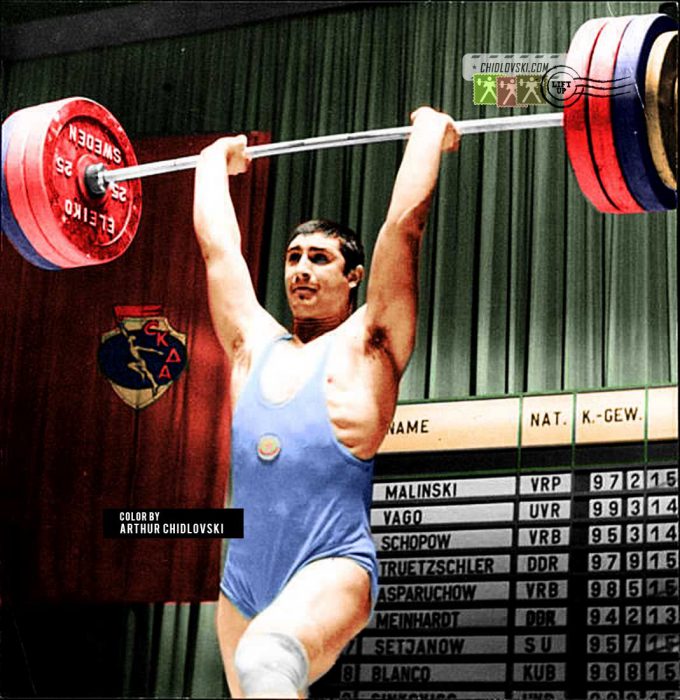 History in Color:
East Berlin, GDR – Bulgarian sub heavyweight Plamen Asparukhov competes for the Army Team of Bulgaria in cj program in the 100kg weight class at the CKDA Championships in the late 1970s in Germany.

Plamen Asparukhov (born in 1960) of Pernik, Bulgaria was one of the top Bulgarian prospects in the late 1970s – early 1980s. He represented Bulgaria at the 1980 Summer Olympics in the 100kg class and won the World Cup the 1982 World Cup in Varna. Plamen Asparukhov won a bronze medal at the 1981 World Championships in Lille and 3 bronze medals at the European Championships in 1979, 1980 and 1981.