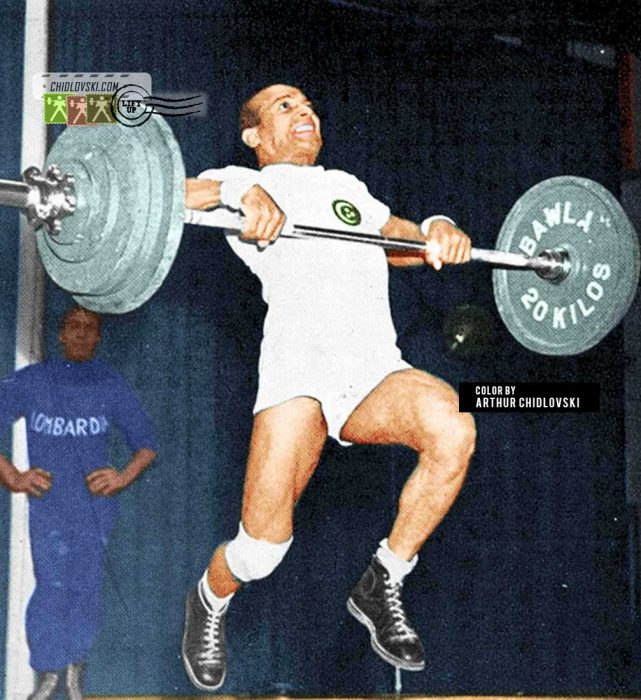 Ibrahim Shams (1914-2001) was a true legend of Olympic weightlifting. He was a part of a world class Team Egypt of the era and competed at two Summer Olympics – in Berlin in 1936 and  in London in 1948. There was a 12-year long intermission between the Olympic tournaments because of the World War II.

In 1936, Shams was 22 and he won a bronze Olympic medal in the featherweight class. 12 years later, at 34, he became an Olympic champion in the lightweight at the 1948 Summer Olympics in London. Shams also won the World title in 1949 and 1951 and set 5 world records.