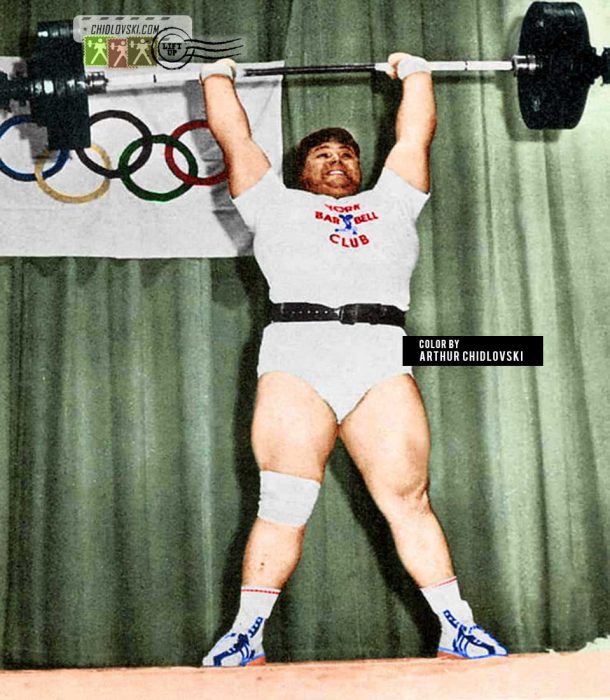 Joseph “Joe” Dube was a super heavyweight super star of the 1960s. He is one of all-time best U.S. super heavyweights with an outstanding performance in the top level competitions. Dube shares the 6th place on the all-time and all-nations in the Club 500 with a 590kg (207.5+167.5+215) total that he reached in 1971. Since the elimination of press in 1972, the positioning in the Club 500 is eternal and stays for ever.

Joe Dube was a very impressive athlete on the competition platform. As a super heavyweight, he was big and powerful and, at the same time, he was very fast with his lifts. Joe was a World champion (1969), bronze medalist of the 1968 Summer Olympics in Mexico City and a champion of the 1967 Pan American Games in Canada. He also lifted the top total at the 1967 Little Olympics in Mexico and, only by body weight, finished second to Stanislav Batishev of the USSR on the medal stand.