Fasten Your Seatbelts, We Are About to Fly To Russia (1955) 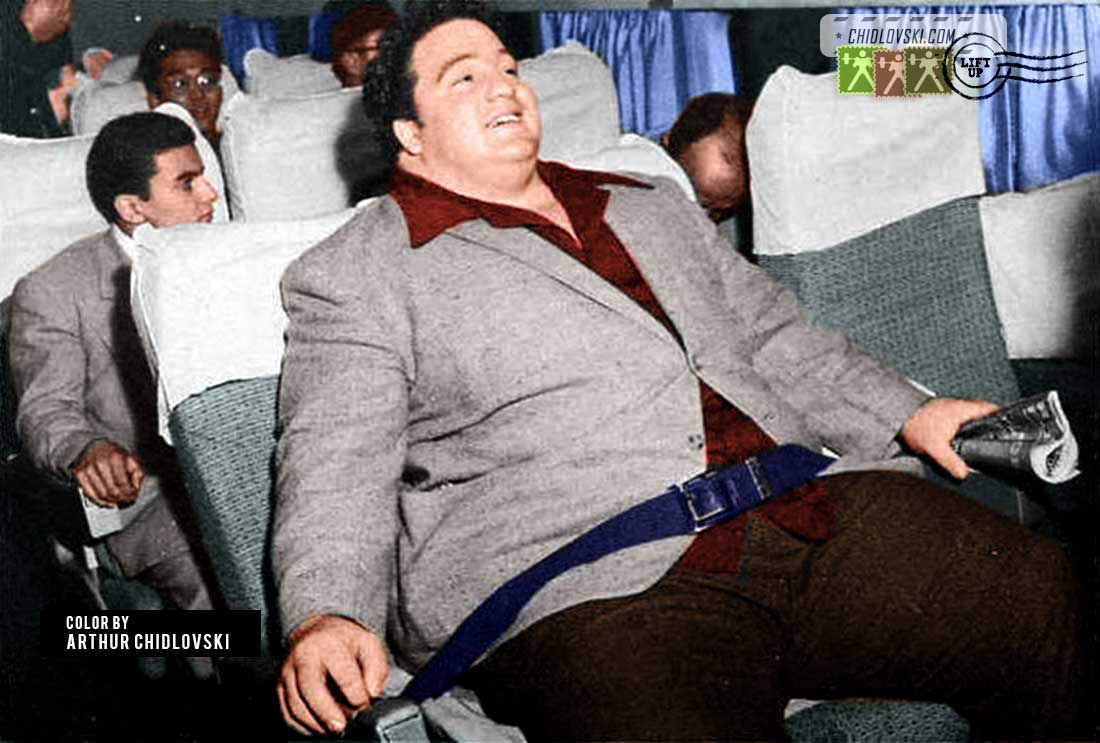 Paul Anderson of Toccoa, GA is lined up to compete for the USA in the 90+kg class. He is also known as the Miracle of Nature and is seen in the front on the cover photo. All accommodations have been made for the strongest man in the world. The giant is placed comfortably on four seats.

American bantamweight Charles “Chuck” Vinci is on the next row and legendary Tommy Kono is on the row behind him.

We already wrote about these matches in 1955. It was a historic event on many grounds. In fact, it was the first EVER visit of American sports team to Russia and it was a huge event back then. The matches were a part of a good will tour of Team USA Weightlifting to Russia and Middle East in 1955 organized by the AAU and U.S. State department. The matches in Russia were held in Moscow and Leningrad in June 1955. Bob Hoffman of York Barbell brought one of the classiest American weightlifting team to the Soviet Union.