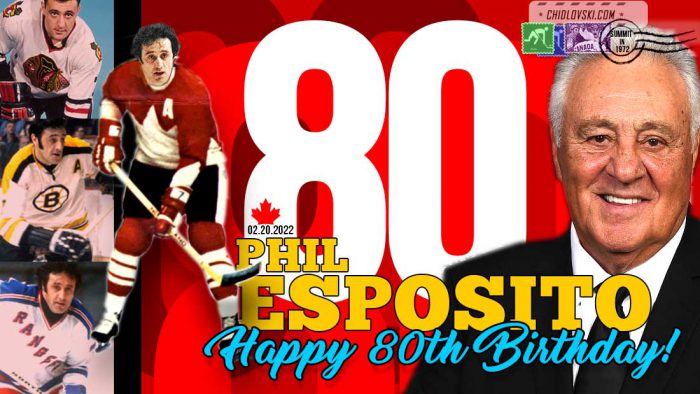 February 20, 2022 – All-time hockey Legend, member of the Hockey Hall of Fame in Toronto, former super star center of the Chicago Black Hawks, Boston Bruins, New York Rangers and, of course, Team Canada in the 1970s, hockey visioneer and founder of the Tampa Bay Lightning and, definitely, one of the most memorable characters in the history of the Game, Phil Esposito turns 80!

If you are a fan of the Black Hawks or NYR or Big Bad Bruins, if you are a Canadian or watched the 1972 Summit Series (also known as Super Series ’72 in Russia), if you love hockey, please join me in the loudest and sincerest cheer ever: