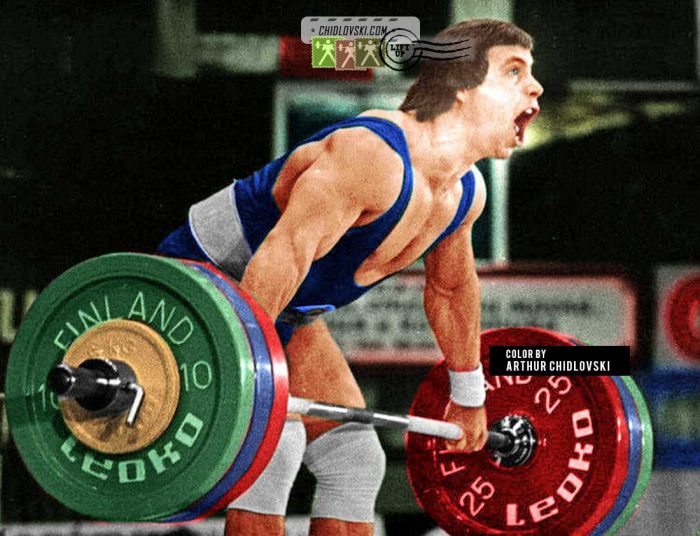 History in Color:
May 22, 1979, Varna, Bulgaria – 20-year old lightweight Yanko Rusev, member of the national weightlifting team of Bulgaria, wins a gold medal and sets 3 world records in the 67.5kg class at the 1979 European Championships in Varna.

Yanko Rusev shined with an outstanding strength and almost perfect lifting technique in both the snatch and the clean-and-jerk lifts. He was a definite leader in the lightweight and the middleweight divisions and was considered virtually unbeatable at the time he competed in these weight classes.