David Rigert: Winning the World Title at the Luzhniki Arena in Moscow 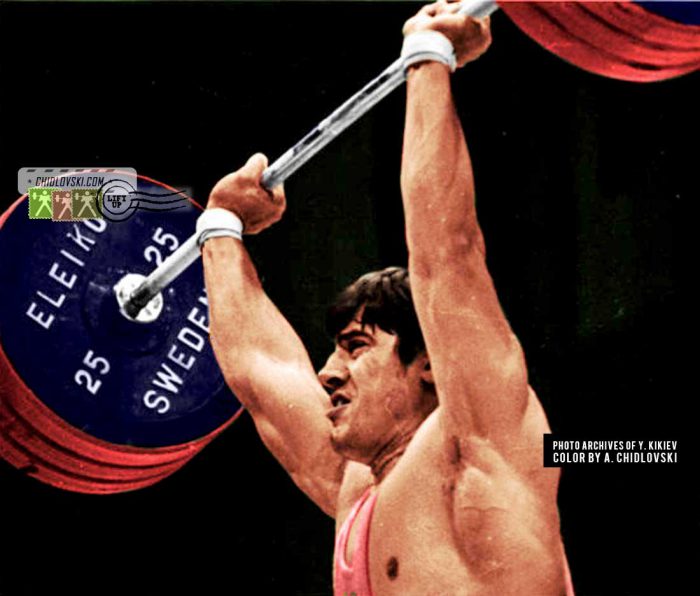 History in Color:
September 21, 1975, Moscow, Russia – Legendary Soviet middle heavyweight David Rigert of Shakhty, Russia wins  a gold medal with a total of 377.5kg (167.5+210) in the 90kg weight class at the 1975 World and European Championships held at the Luzhniki Arena in Moscow.

Olympic champion, 6x World and 9x European champion, 5x USSR champion and author of 65 world records, David Rigert (b. 1947) was and remains an absolutely “cult figure” for many generations weightlifters. The cover photo from the History in Color series at Lift Up is just one of many paying tribute to David Rigert. Just another memory and mood booster for the Olympic weightlifting followers.